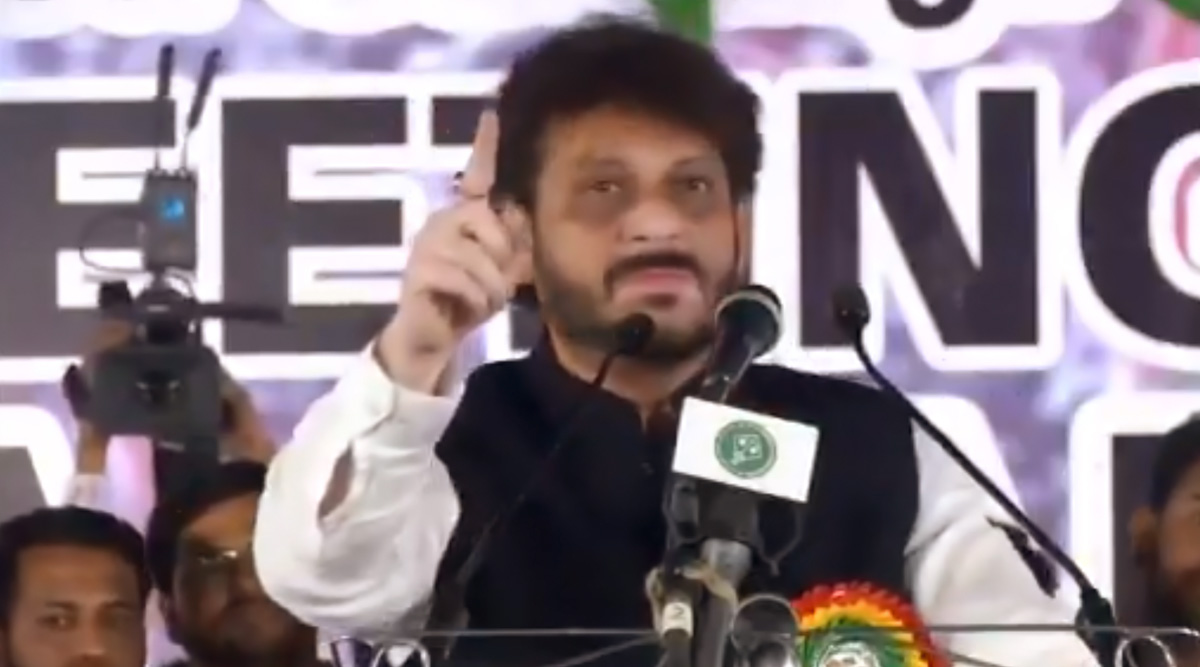 Mumbai, February 21: The All India Majlis-e- Ittehad-ul-Muslimeen (AIMIM) will seek explanation from its leader Waris Pathan over his alleged ‘15 crore Muslims can be heavy on 100 crore’ remark he recently made in Karnataka, a party leader said here on Friday. Pathan had made the purported remarks while addressing an anti-Citizenship (Amendment) Act (CAA) rally at Kalaburagi in North Karnataka on February 16.

“We have to move together. We have to take Azadi (freedom), things that we don’t get by asking, we have to take it by force, remember it...(We may be) 15 crore, but are heavy on 100 (crore), remember it,” Pathan can be heard purportedly saying in a video of his speech that has gone viral.

Talking to reporters here, AIMIM’s Maharashtra unit chief and Aurangabad MP Imtiyaz Jaleel said, “Our party does not support the statement made by Waris Pathan. The party will seek an explanation from him over the remarks.” “If needed, we will come out with a set of dos and don’ts for the party workers to be while giving speech,” he said. Digvijaya Singh Says Strict Action Should Be Taken Against Waris Pathan for '15 Crore Muslims-100 Crore Hindus' Remark.

“BJP leaders Anurag Thakur and Yogi Adityanath had also given some hateful statements, but none questioned them about it,” Jaleel added. On Thursday, a young woman had raised “Pakistan Zindabad” slogan in Bengaluru during a protest against CAA, NRC and NPR, where AIMIM chief Asaduddin Owaisi was also present. Owaisi had denounced her action.

Talking about the incident, Jaleel said, “That event was not organised by the AIMIM. It was organised by JD(S) and leaders of all parties were there. Asaduddin Owaisi stopped the woman and also condemned her act. But it is being projected that it was AIMIM’s stage.” Meanwhile, the BJP and the Raj Thackeray-led Maharashtra Navnirman Sena (MNS) held protests in Aurangabad against Pathan, seeking stern action against him.

The BJP protested in Gulmandi area and burnt an effigy of Pathan. “Waris Pathan has hurt the feelings of 100 crore people. He has tried to divide the people of the country. The state government should take action against him and send him out of Mumbai,” BJP MLA Atul Save said.

The MNS took out a symbolic funeral procession of Pathan and raised slogans against the AIMIM.“The language of Waris Pathan was disgusting. He should be banned from giving public speeches in the state and also be arrested,” MNS lader Prakash Mahajan said.