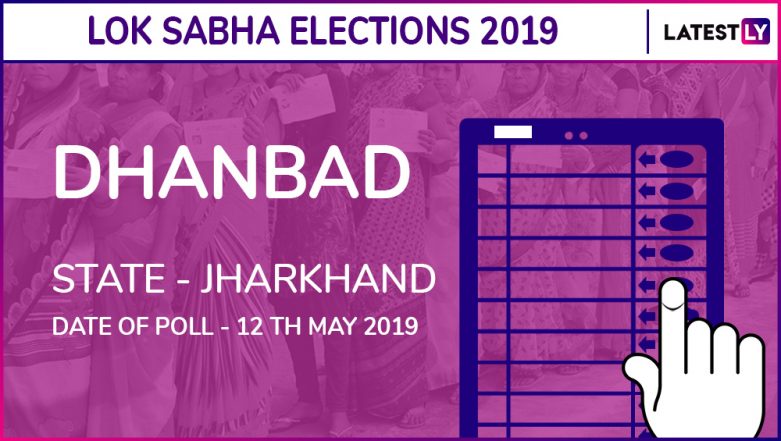 The results of Dhanbad Lok Sabha constituency has been declared by the Election Commission of India. Pashupati Nath Singh of BJP has won the parliamentary segment. The seat went to polls in phase 6 of the general elections 2019, held on May 12. 71 per cent voter turnout was recorded in the constituency. Stay with us for live updates on the results for the Dhanbad Lok Sabha seat in Jharkhand.  Lok Sabha Elections 2019 Results: Check Tally of BJP, Congress, Other Parties.

According to data by Election Commission of India, the total number of voters in the Dhanbad Parliamentary constituency were 1,806,475. Out of the total,  799,935 are females and 1,006,540 are males. The Chandankiyari Assembly segment is reserved for candidates belonging to the Scheduled Castes. Jharkhand Lok Sabha Elections 2019 Schedule: Constituency Wise Dates Of Voting And Results For General Elections.

The current MP of this constituency is Pashupati Nath Singh of the BJP. Even this year, the BJP has given its ticket to Singh for the Dhanbad seat. Meanwhile, the Congress has issued ticket to BJP rebel Krit Azad.

List of States And Constituencies That Will Vote On May 12 In Phase VI:

Polling in all the 14 Lok Sabha constituencies in Jharkhand  will be held in four phases. The seats of Giridih, Dhanbad, Jamshedpur and Singhbhum would go to polls in the sixth phase which is scheduled to take place on May 12. The voting in the state will be held in the 4th phase, 5th phase, 6th phase and 7th phases of the Lok Sabha elections. Three seats will be contested on April 29; four constituencies on May 6; four Lok Sabha segments on May 12; and three seats on May 19. The results will be declared on May 23.

In the Lok Sabha Elections 2014, Pashupati Nath Singh of the BJP had won the Dhanbad seat by defeating Ajay Kumar Dubey of the Congress party. Singh had won the seat by 543,491 votes while Dubey managed to get 250,537 votes.