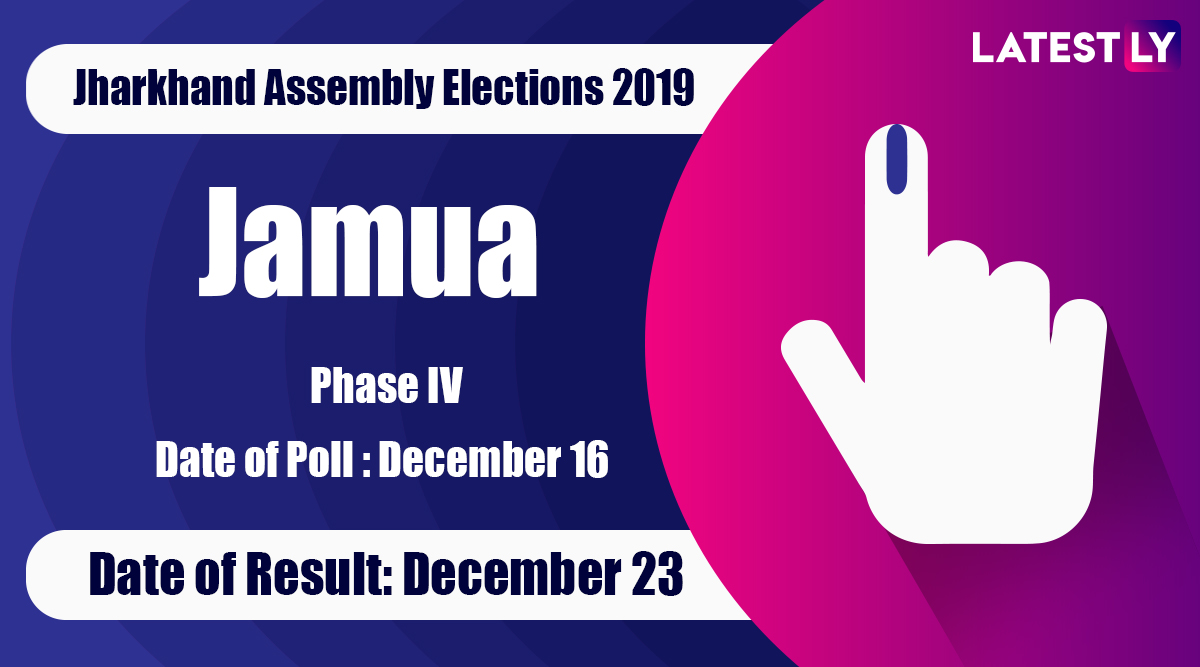 Ranchi, December 23: Kedar Hazra of the Bharatiya Janata Party (BJP) has won the Jamua (SC) Vidhan Sabha seat in Jharkhand. The polling in Jamua (SC) assembly constituency in Jharkhand was held in the fourth phase on December 16, 2019. The Jamua (SC) seat falls in the Giridih district and comes under the Kodarma Lok Sabha constituency. This seat is reserved for Schedule Caste. The sitting MLA of the Jamua (SC) constituency is Kedar Hazra of the Bharatiya Janata Party (BJP). Even this year, the BJP had given its ticket to Kedar Hazara while the Congress had given its ticket to Manju Kumari. Phase-Wise List of Seats Going to Polls in Jharkhand.

The major political parties contesting the Assembly Elections in Jharkhand include Bharatiya Janata Party (BJP), Jharkhand Vikas Morcha (JVM) and the alliance between Jharkhand Mukti Morcha (JMM), Congress and Lalu Prasad Yadav's Rashtriya Janata Dal (RJD). These three parties have come together to take on the BJP in the ensuing elections for the 81-member Jharkhand assembly. While BJP went solo this time, the JMM contested on 43 seats, Congress contested on 31 seats and RJD contested on 7.