Karnataka Political Crisis: MLAs Who Have Resigned Should Come Back and Strengthen the Party, Says Congress MLA KC Venugopal 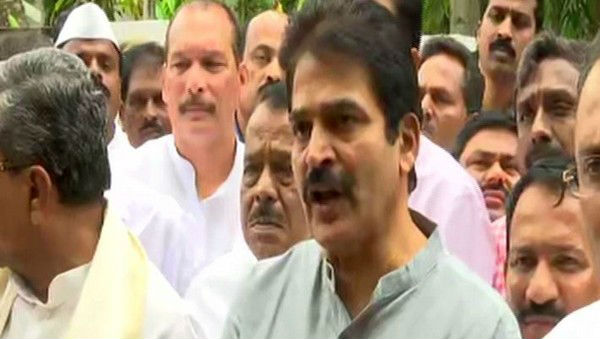 Bengaluru, July 08: Those who have resigned should come back and strengthen their own party said K.C Venugopal while addressing the media on the ongoing Karnataka political crisis on Monday."We are confident that they will come back to us and this government will continue", Venugopal added. Earlier, Karnataka Congress Legislature Party leader Siddaramaiah had announced that twenty-one ministers of the Congress in Karnataka had resigned voluntarily from the cabinet. "I sincerely thank the ministers for their sacrifice for defeating the anti-democratic attitude of BJP. We believe in the MLAs and we are ready to discuss everything," said Venugopal. Karnataka Political Crisis: Independent MLA Nagesh Resigns as Minister, Other Congress Ministers to Follow.

The 13-month-old coalition government of Congress and JD (S) has slumped into crisis following the resignation of their 11 MLAs from the membership of the state Assembly on Saturday. With the dramatic turn of events, Chief Minister Kumaraswamy had to cut short his US visit and return to Bengaluru on Sunday, as the state government appears to have fallen into a minority. Congress-JDS Coalition Fears Losing Majority, Here's The Number Game.

The strength of the ruling coalition in Karnataka has come down to 105, which is eight short of the half-way mark of 113. The All India Congress Committee general secretary attacked Bhartiya Janata Party by alleging that the party wants to destabilise state governments to get majority in Rajya Sabha. "Some of them (MLAs) are coming to us and we are confident that those who are disciplined and loyal will come back. We will take all legal remedies and measures against BJP". Venugopal added.