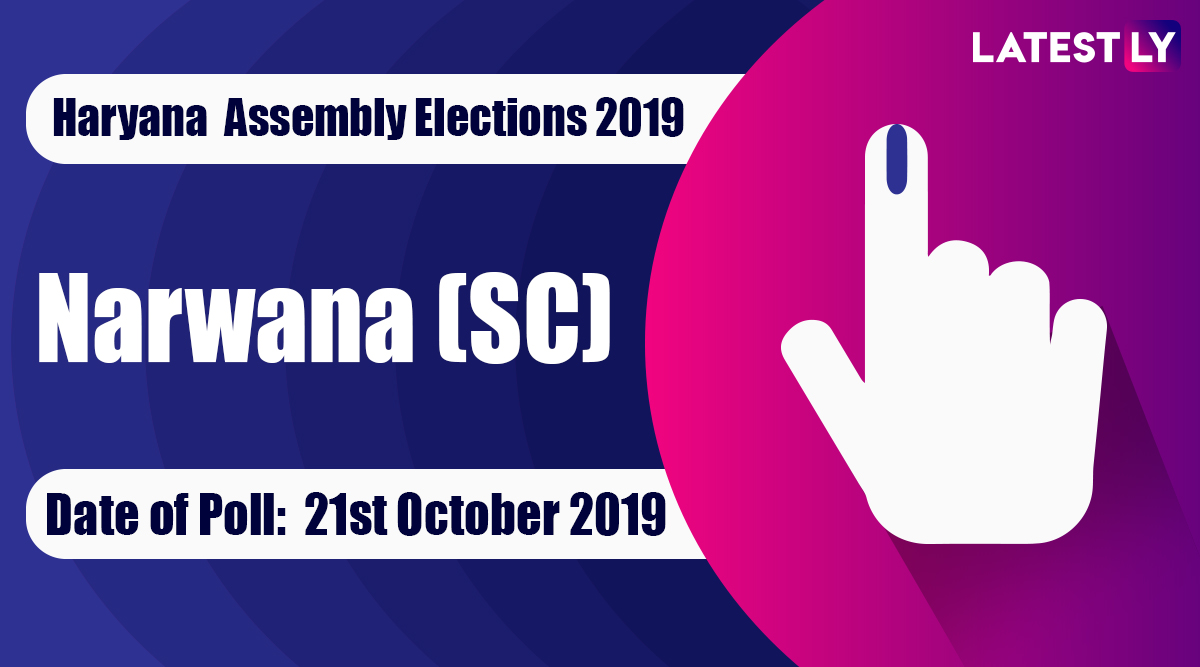 The Narwana (SC) Vidhan Sabha constituency falls in the Jind district of Haryana. The seat is reserved for schedule castes. Voting in Narwana for the Haryana Assembly Elections 2019 took place on October 21. Polling for the 90-member Haryana assembly will be held along with assembly elections in Maharashtra. The Election Commission of India (ECI) on September 21 announced the election schedule for Haryana.  In 2014 election, Prithi Singh won the seat on INLD ticket.

In Haryana, the BJP-led Manohar Lal Khattar government is currently in power. The political parties that will be a part of the poll battle include BJP, Congress, INLD, Haryana Janhit Congress, Bahujan Samaj Party (BSP) and the Shiromani Akali Dal (SAD).  In the 2014 polls in the state, the BJP had won with a thumping majority and had scripted history in the state. The BJP had won 47 seats, while the Congress managed to win only 15 seats.