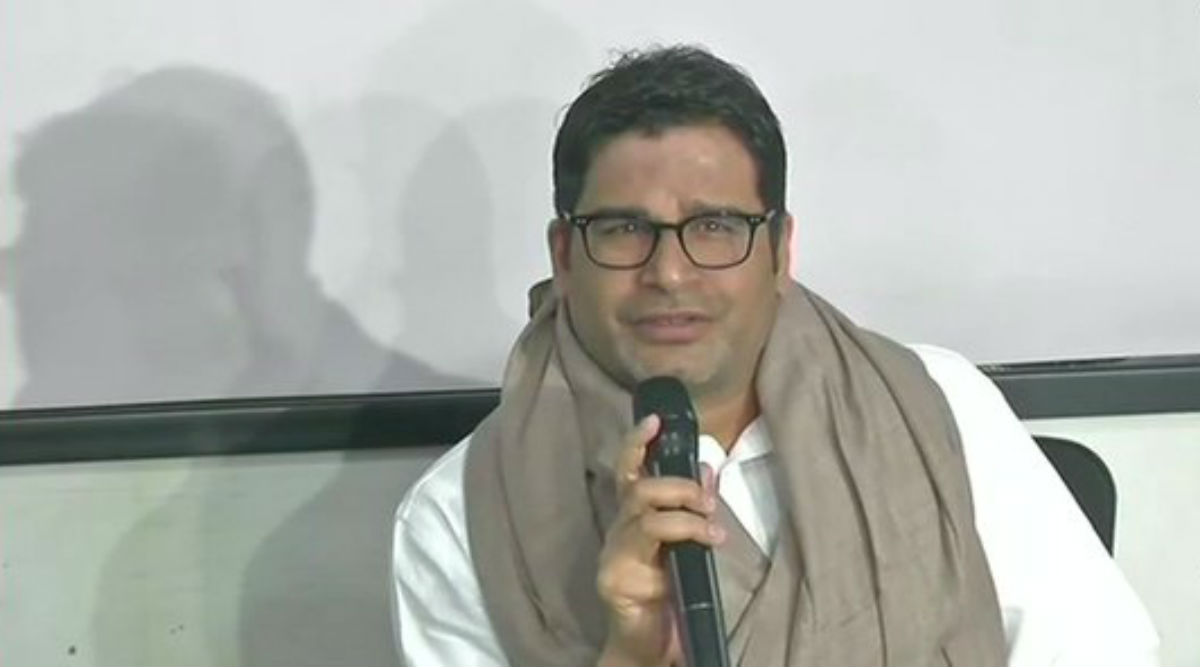 Patna, February 18: Expelled Janata Dal (United) leader Prashant Kishor on Tuesday questioned Bihar Chief Minister Nitish Kumar on the JDU-BJP alliance in the state. Addressing a press conference, Prashant Kishor sought to know if Nitish Kumar wants to stick with the BJP just to remain in power and questioned the Chief Minister's claims of development in Bihar. The poll strategist-turned-politician also launched a "Baat Bihar Ki" programme to reach out to thousands of the state's younger voters. Prashant Kishor, Pavan Kumar Varma Expelled From JD(U) After They Questioned Nitish Kumar Over CAA-NRC.

On the JDU-BJP alliance, Kishor said: "There have been many discussions between me and Nitish ji about the party's ideology. Nitish ji always told us that the party can never leave the ideals of Gandhi ji... But now the party is with those who are soft on Gandhi's killer Nathuram Godse... For me, Gandhi ji and Godse cannot go hand-in-hand." Kishor said that he admits Nitish Kumar worked for Bihar's development but data shows very little progress in Bihar between 2005 and 2015 when we compare it to other states. Prashant Kishor's I-PAC to Work For DMK in Framing Poll Strategy For Tamil Nadu Assembly Elections 2021.

"While Bihar has made progress, we must also see things from the perspective that compared to other states, Bihar is lacking even today... Why is that? It stands where it was in 2005. Except for Jharkhand, Bihar is still the most backward state in India. I keep repeating that Bihar was most backward in 2005, and is still the most backward when compared to other states," Kishor said. On his expulsion, he said: "Nitish Kumar saw me as a son and I always saw him as a father. It is Nitish Kumar's prerogative to take me into the party or expel me, I will always respect him."

Bihar is slated to go to assembly polls in October and November this year. In the 2015 assembly elections, Kishor was instrumental in the victory of the Grand Alliance comprising -- Lalu Prasad-led Rashtriya Janata Dal (RJD), the Congress and the JD-U in Bihar. The Grand Alliance in 2015 won 178 out of 243 seats in the state while the BJP managed to win only 53 seats. However, Kuma in mid-2017 dumped the Grand Alliance and joined hands with the Bharatiya Janata Party.

Kishor, who joined the JD(U) in September 2018 and was made the party's Vice President, was expelled after he spoke against Kumar over his stand on the controversial Citizenship Amendment Act (CAA) and the National Register of Citizens (NRC). Kishor had been critical of Kumar for his stand on the CAA. JD(U) had supported the bill both in the Loka Sabha and the Rajya Sabha.