Sharad Pawar Says 'Will Visit Enforcement Directorate Office on September 27 to Give All Information', After Being Named in Money Laundering Case 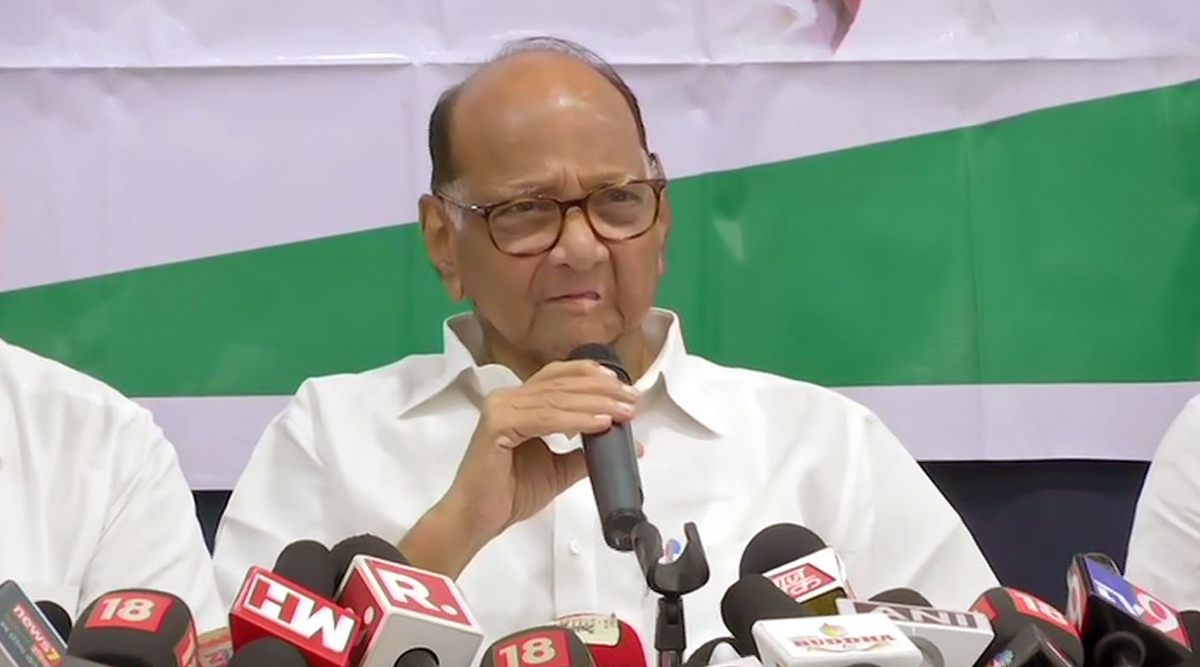 Mumbai, September 25: Nationalist Congress Party (NCP) chief Sharad Pawar on Tuesday issued a statement on the Enforcement Directorate (ED) naming him and his nephew Ajit Pawar in a money laundering case. Pawar, speaking to the press a day after he was named in the press, said that he will co-operate with the ED investigations if the agency wants and that he himself will be visiting the ED's office in Mumbai. Pawar also stopped short of calling ED's action as vendetta politics and said that it was up to Maharashtra chief minister Devendra Fadnavis to answer that question. The registration of the case comes ahead of the Maharashtra Assembly polls schedued to be held on October 21. Sharad Pawar, Booked by ED in PMLA Case Linked to Rs 25,000 Crore Scam, Says 'Ready to Go to Jail'.

The ED has filed a money laundering case against Sharad Pawar, his nephew Ajit Pawar and others in connection with the Maharashtra State Cooperative Bank (MSCB) scam case, officials said on Tuesday. Though the EC has not issued a formal notice yet, it is likely that the Pawars will be summoned before the ED. Sharad Pawar, Nephew Ajit Pawar Among Others Booked in PMLA Case Linked to Maharashtra Cooperative Bank Scam.

Pawar said that he would be visiting the ED office in Mumbai on Friday and will provide the information. "I will myself go to Enforcement Directorate on 27 September to give all information what I have with me about this case," said Pawar.

Sharad Pawar, Nationalist Congress Party: I will myself go to Enforcement Directorate on 27 September to give all information what I have with me about this case (a money laundering case). pic.twitter.com/w2mFXkaBdJ

Earlier on Wednesday, workers of the NCP’s youth wing staged a protest outside the Enforcement Directorate’s (ED) office in Mumbai on Wednesday to condemn the registration of a money laundering case against party chief Sharad Pawar and others in connection with the MSCB Bank scam.

The protestors, led by NCP youth wing’s state unit chief Mehboob Shaikh, also shouted slogans against the ruling BJP and the government outside the ED office. Shaikh claimed the protesting party members were baton charged by police and later detained.

“The ED filed the case against Pawar given the huge response his campaign rallies have received. The ED is being used to stifle voices of the opposition leaders ahead of the election. Hence, we staged the protest outside the ED office to condemn the action,” he said.

An Enforcement Case Information Report (ECIR), equivalent to a police FIR, has been registered by the central agency under the Prevention of Money Laundering Act, they said. The case is based on a Mumbai Police FIR which had named former chairmen of the bank, ex-deputy chief minister of Maharashtra Ajit Pawar and 70 former functionaries of the cooperative bank.