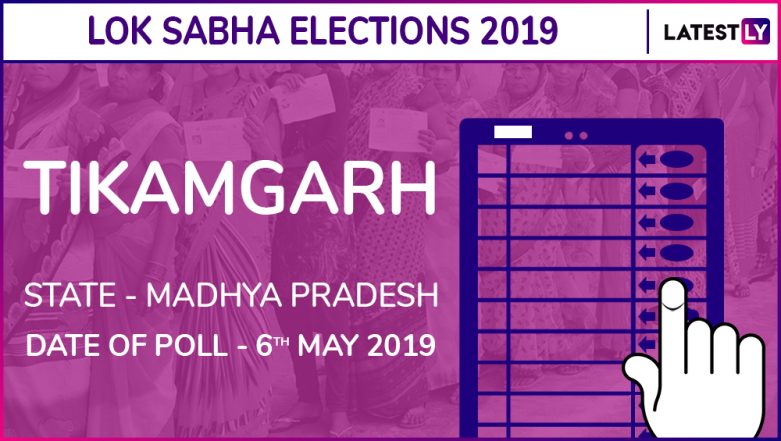 The candidates from the Tikamgarh seat for Lok Sabha Elections 2019 include Kiran Ahirwar of the Congress and Virendra Kumar Khateek of the BJP among others. The last date of filing nomination on this seat is April 18. The last date for withdrawal of nomination is April 22. The date of polling is May 6. Madhya Pradesh Lok Sabha Elections 2019 Schedule: Constituency Wise Dates Of Voting And Results For MP General Elections.

Bharatiya Janata Party's (BJP) Dr Virendra Kumar had won the 2014 Lok Sabha election from the Tikamgarh seat. He had defeated Ahirwar Dr Kamlesh Verma of the Congress on this seat. Dr Kumar had also won the election on this seat in 2009. He is the sitting MP from Tikamgarh.