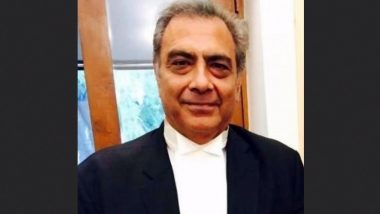 Mahesh Jethmalani was associated with the Bharatiya Janata Party (BJP) in the past. He has also been a member of the National Executive of the BJP.

In 2012, Mahesh resigned from the BJP's National Executive, protesting against the then national BJP President Nitin Gadkari. Last year, there were talks of Mahesh going to Rajya Sabha from the nominated quota, although retired Supreme Court Chief Justice Ranjan Gogoi was nominated then.

(The above story first appeared on LatestLY on Jun 01, 2021 10:16 AM IST. For more news and updates on politics, world, sports, entertainment and lifestyle, log on to our website latestly.com).