Looking like a bombshell at the promotions, Janhvi Kapoor was seen wearing an ivory chiffon six-yard. While the ethnic wear was simple, it did strike an impression thanks to the stunning blouse. Yus, the shimmery and revealing blouse complemented the saree really well 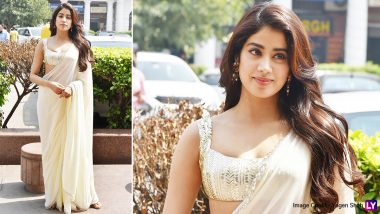 Fashion and films go hand-in-hand. And one such actress who has been consistent when it comes to style is none other than Sridevi's daughter Janhvi Kapoor. It's after the trailer of her upcoming movie, Roohi was out, the actress has been receiving a lot of love. However, before the flick makes it to the theatres, it is important to promote it. And so, the actress was recently clicked in Delhi on the promotional spree of Roohi. Janhvi for the event chose a statement saree by none other than Manish Malhotra and looked awesome. Lakme Fashion Week 2020 Summer/Resort: Janhvi Kapoor and Vicky Kaushal Set the Fashion Ball Rolling for the New Season (View Pics).

Looking like a bombshell at the promotions, the actress was seen wearing an ivory chiffon six-yard. While the ethnic wear was simple, it did strike an impression thanks to the stunning blouse. Yus, the shimmery and revealing blouse complemented the saree really well. The attire also had an intricate border all over. Tresses open, subtle makeup and danglers, is how the actress accentuated her look. Janhvi Kapoor Workout and Diet: This Is How Young Bollywood Actress Keeps Her Body Incredibly Fit. 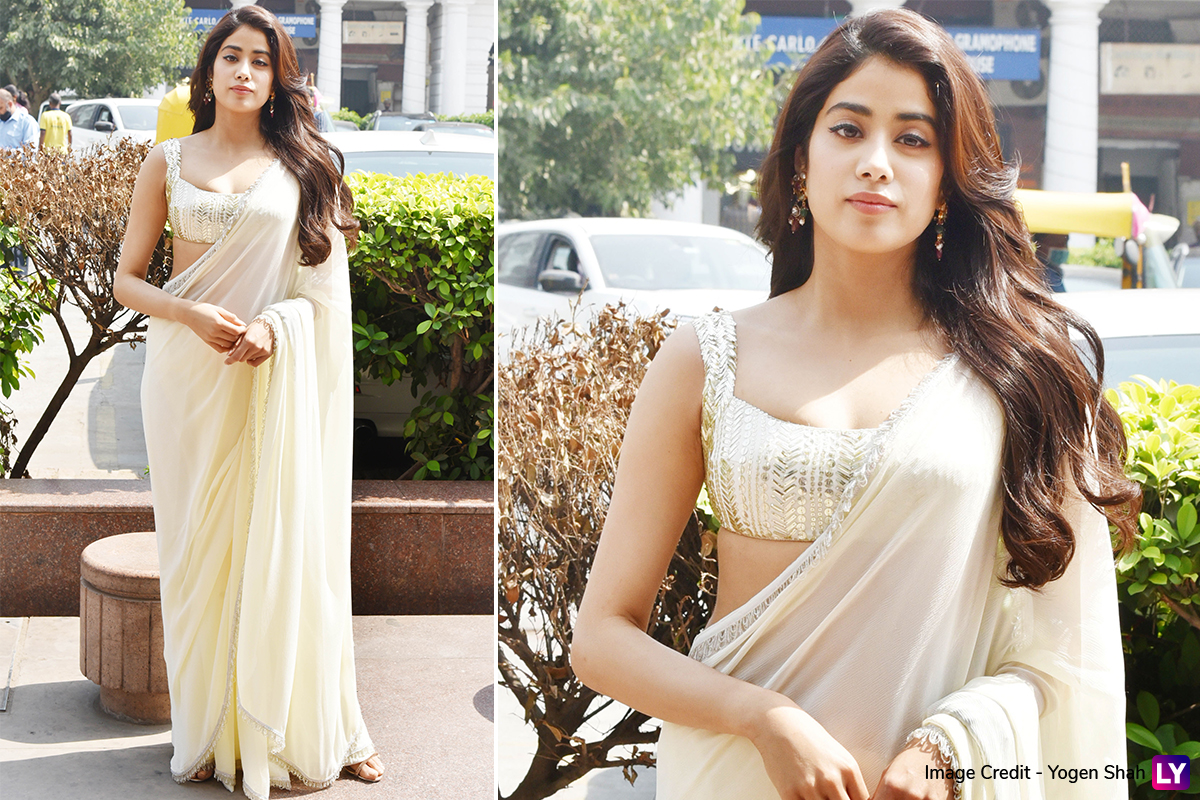 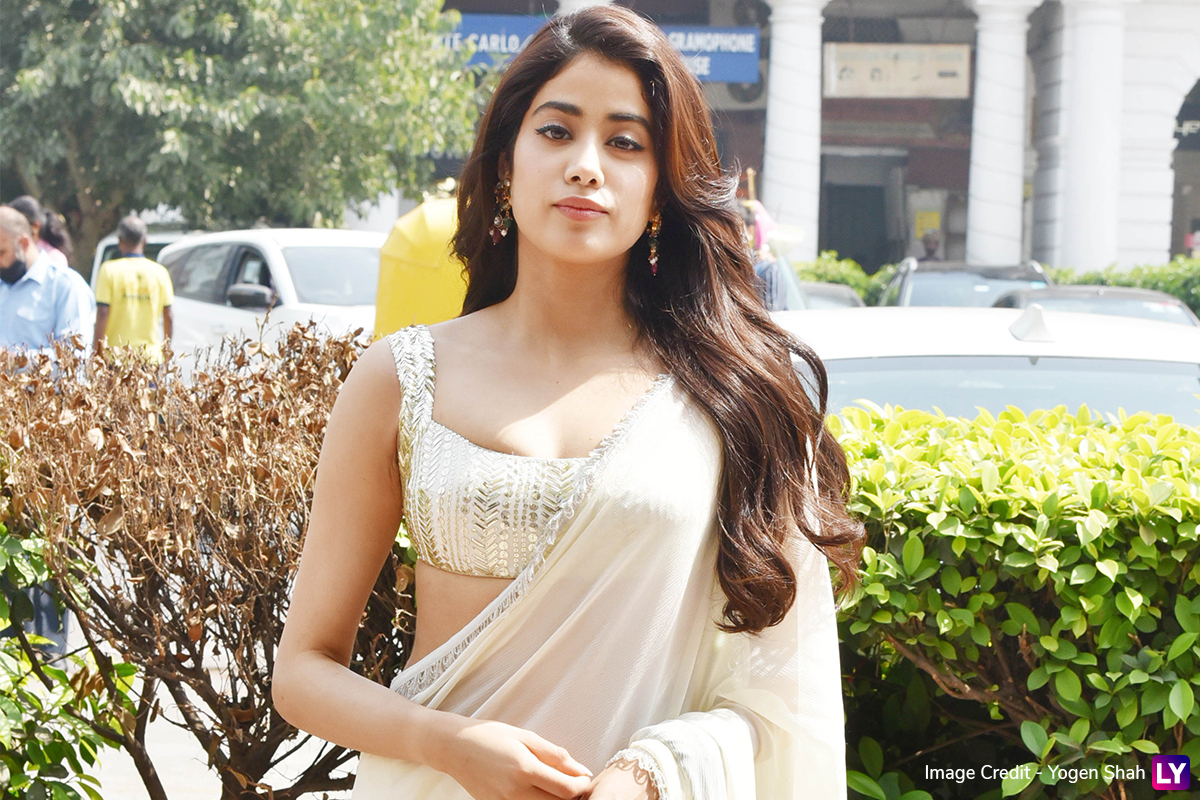 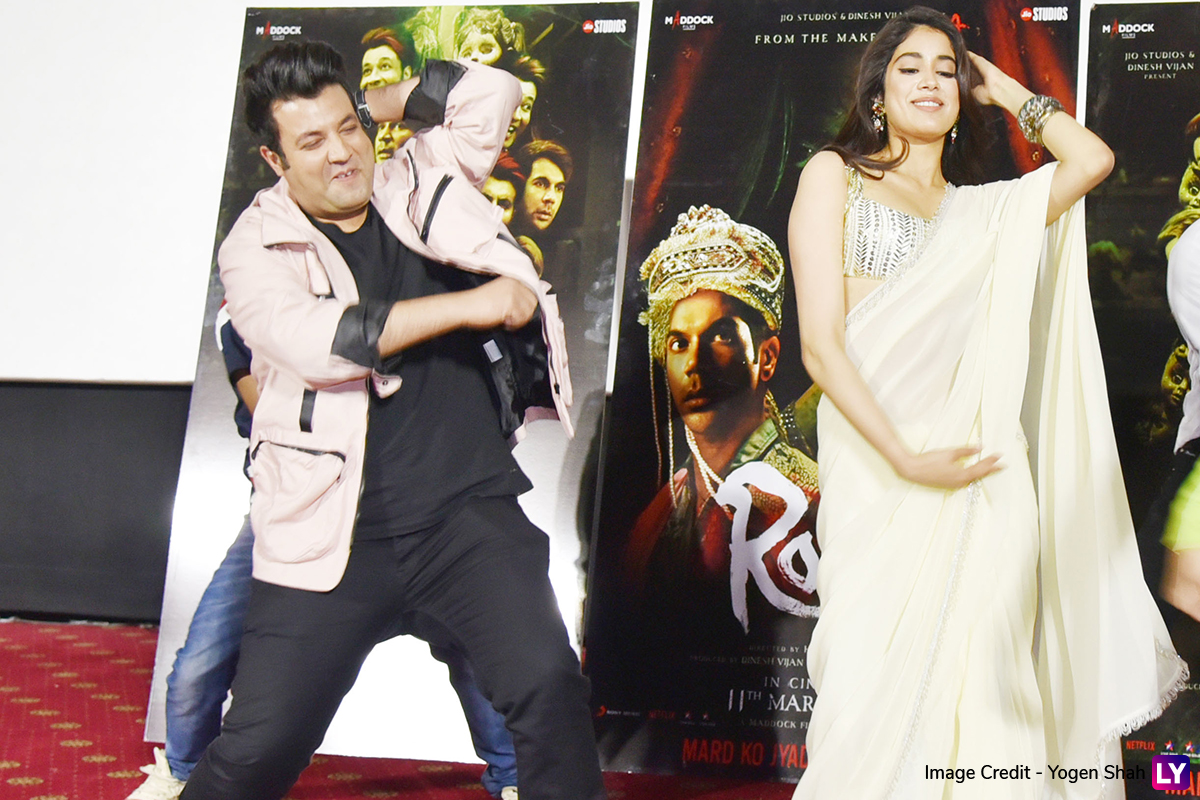 The best part about Janhvi's saree is that it is light, summery and at the same time glamorous. Not to miss, it also has a Bollywood touch to it. Having said that, the actress has never failed to impress and this time too, she has managed to wow us. Janhvi's Roohi is all set to make it to the theatres on March 11. Also, what do you think of her look? Tell us in the comment section below. Stay tuned!

(The above story first appeared on LatestLY on Mar 04, 2021 09:22 PM IST. For more news and updates on politics, world, sports, entertainment and lifestyle, log on to our website latestly.com).