Malavika's chic floral co-ord set is perfect for the ongoing summer season. It's comfortable, easy to wear and looks delightful. With no fussiness whatsoever, the outfit is apt for the sweaty weather. 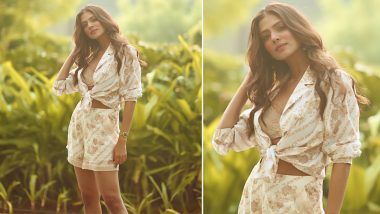 Malavika Mohanan is still busy raking in praises for Master, her last Tamil release with Thalapathy Vijay. The movie was among the first few names to hit the screens after the pandemic and went on to received positive reactions from fans and viewers. While Malavika had a gala time styling herself during her film's promotions, she isn't done slaying just yet. The actress recently took to her Instagram account to share a picture in easy-breezy separates and we are sold! Malavika Mohanan Is Flirty Chic in a Saaksha and Kinni Printed Ensemble!

Malavika's chic floral co-ord set is perfect for the ongoing summer season. It's comfortable, easy to wear and looks delightful. With no fussiness whatsoever, the outfit is apt for the sweaty weather and we suggest you start investing in such similar designs. Malavika picked an ochre colour bralette and paired it with a jacket and matching shorts. The outfit looked delightful and full points to Mohanan for making it look so chic and trendy.  Hair wavy hair, rosy cheeks and nude lips complemented her look further. Malavika Mohanan Is Having a Striped Shirt, Denim Hot Pants Kinda Day in Lockdown! 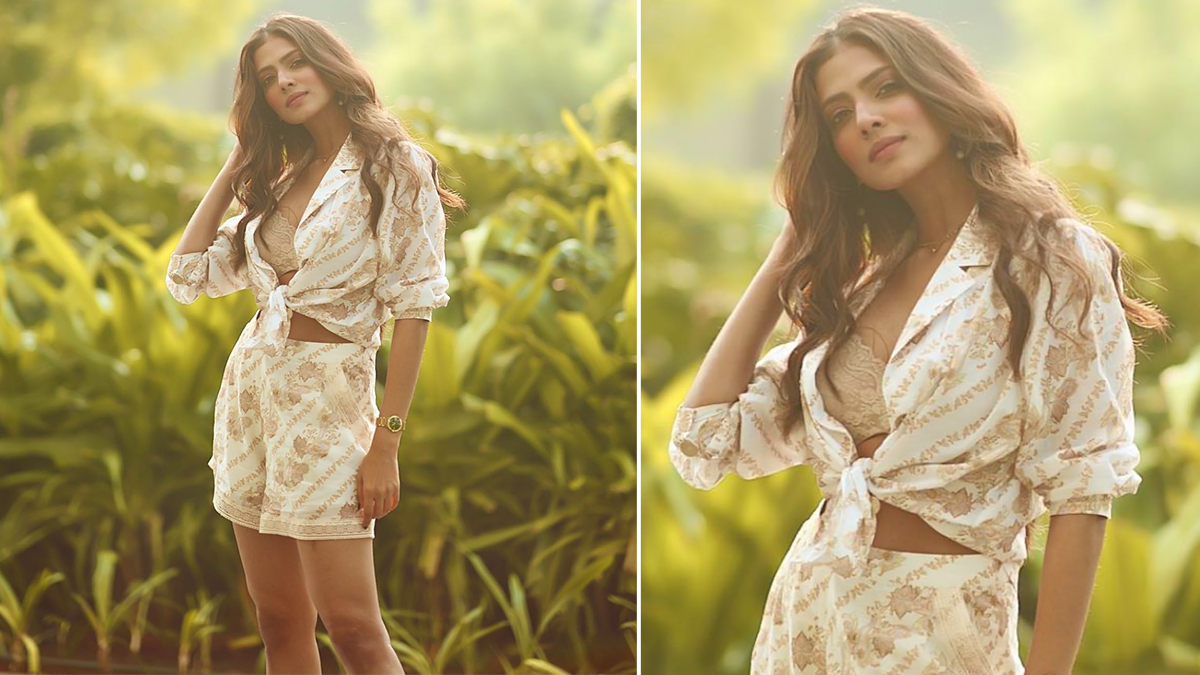 Leaving aside her fashion rendezvous, Malavika is now gearing up for her second Bollywood venture in Yudhra. The movie bankrolled by Farhan Akhtar's Excel Entertainment will star Siddhant Chaturvedi in the lead role and Malavika has been roped in opposite him. And while the film is still in its pre-production stage, we can't wait to see Malavika's style file for its promotions! But until then, let's keep admiring her new picture and outing.

(The above story first appeared on LatestLY on Mar 24, 2021 12:00 PM IST. For more news and updates on politics, world, sports, entertainment and lifestyle, log on to our website latestly.com).