Mouni Roy Is Trés Sexy in a Checkered Jacket, Denim and Stilettos!

Mouni Roy served up a sensational style all whilst promoting her festive song, Holi Mein Rangeele. An oversized checkered jacket from Appapop was teamed with denim and black stilettos. Textured wavy hair and usual subtle glam completed her vibe. 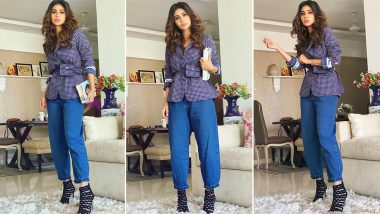 Mouni Roy is such a delight! The fashionista never flinched from wooing us with her fabulousness. Her style play is versatile from the word go. Her fashion arsenal features chic street styles, ethereal ethnics, non-Indian and brilliant red carpet glamorous numbers. As one of the fee few actresses to have made that big silver screen debut, Mouni rose to fame by essaying the role of Tulsi in Kyunki Saas Bhi Kabhi Bahu Thi in 2007 and followed it up with Sati in Devon Ke Dev...Mahadev and Shivanya/Shivangi in Naagin. A trained Kathak dancer and a former Jhalak Dikhla Ja contestant, Mouni served up a sensational style all whilst promoting her festive song, Holi Mein Rangeele. An oversized checkered jacket from Appapop was teamed with denim and black stilettos. Textured wavy hair and usual subtle glam completed her vibe.

Street style cred featuring oversized jackets teamed with fitted or slouchy denim with a pair of stilettos lending the overall style a sleekness is a much-loved vibe. Here is a closer look at Mouni's adaptation. Mouni Roy Birthday Special: Her Style File is as Charming as her and We are All Hearts for it. 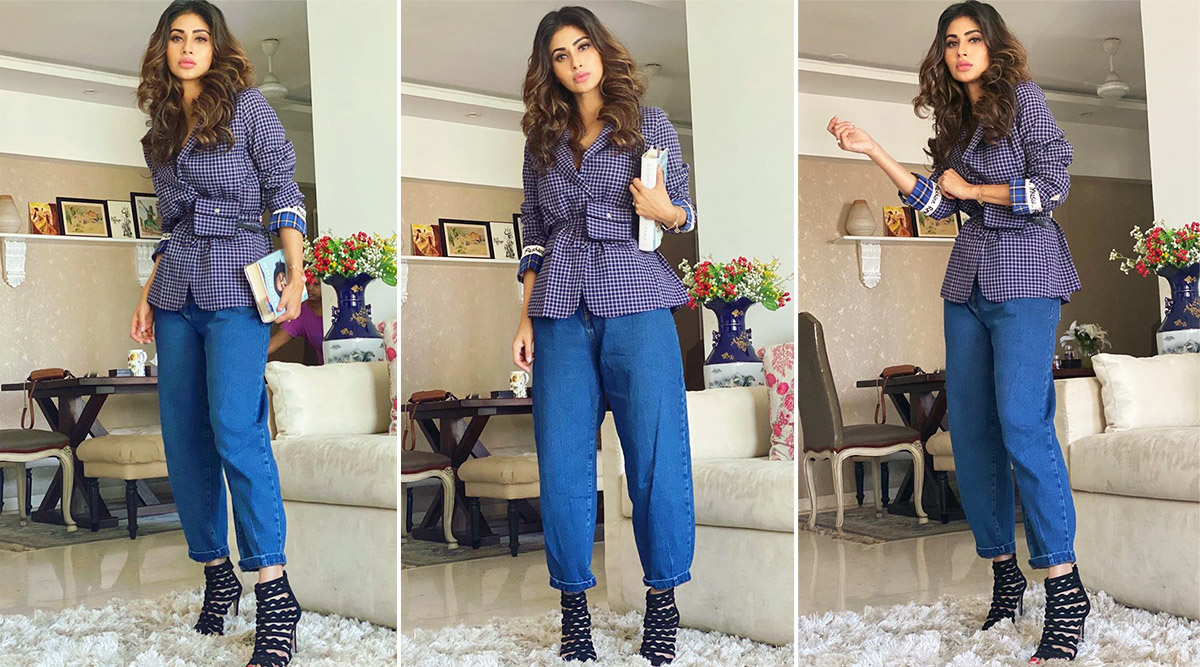 On the professional front, Mouni was last seen in Made in China alongside Rajkumar Rao. She will be seen in Brahmāstra: Part One of Three, an upcoming superhero film written and directed by Ayan Mukerji, and produced by Karan Johar featuring alongside Amitabh Bachchan, Ranbir Kapoor, Alia Bhatt, and Akkineni Nagarjuna in pivotal roles. She will also feature in Mogul, an upcoming biography, directed by Subhash Kapoor and produced by Bhushan Kumar and Aamir Khan under the banners of T-Series and Aamir Khan Productions showcasing the life of the mogul Gulshan Kumar who was founder of the T-Series music label (Super Cassettes Industries Ltd.), and a Bollywood film producer.

(The above story first appeared on LatestLY on Mar 12, 2020 01:30 PM IST. For more news and updates on politics, world, sports, entertainment and lifestyle, log on to our website latestly.com).