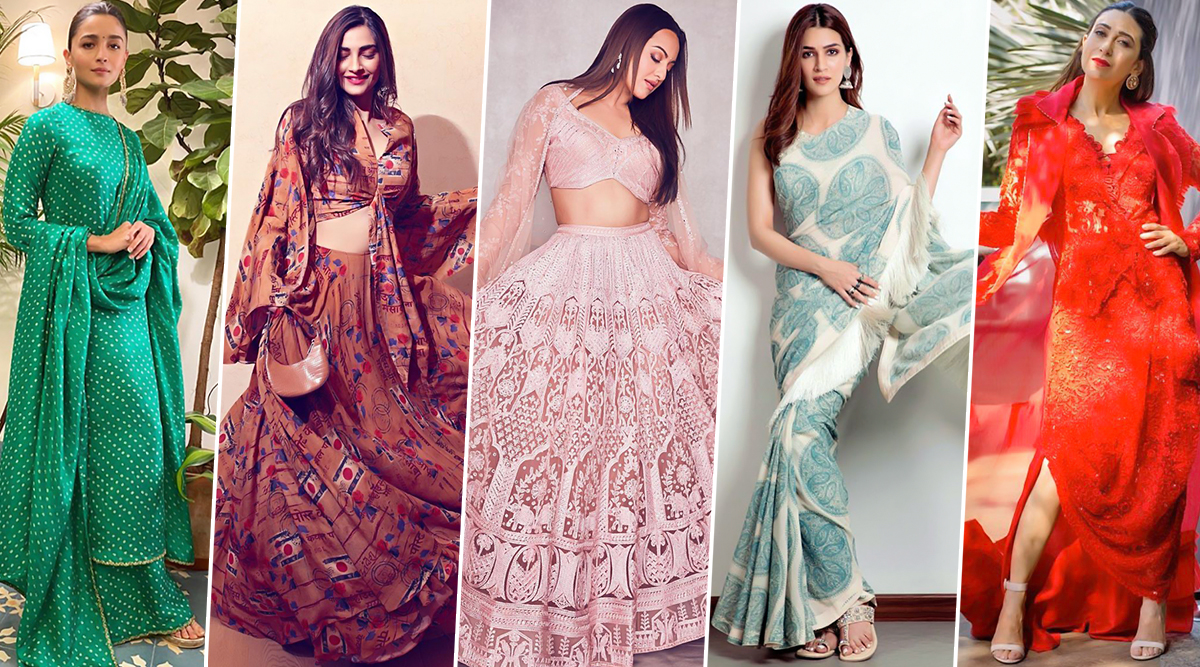 Here is a closer look.

Dressed in Sabyasachi green bandhni printed suit with earrings, Alia upped the simple vibe with a subtle makeup and an elegant updo. 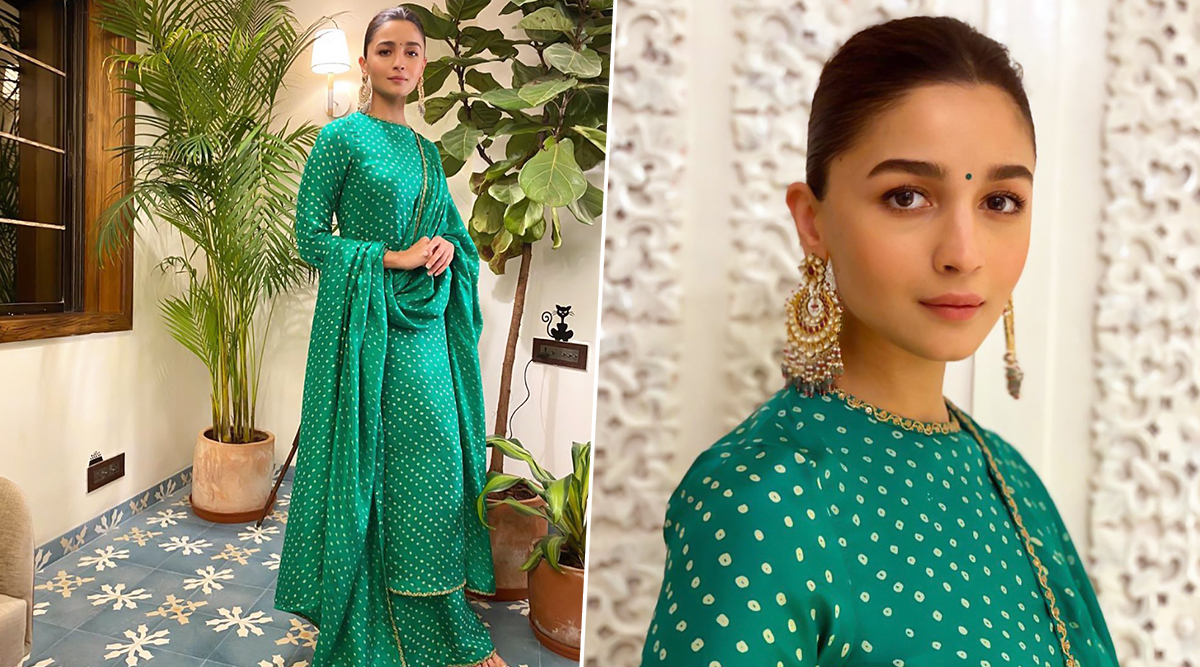 The promotions of Dabangg 3 saw Sonakshi pull off shades of pink – a Falguni and Shane Peacock lehenga and an Itr Ho muqaish work kurta teamed with a Tabby silk crushed lehenga and dupatta. Both looks were accessorized minimally and completed with minimal makeup and sleek hair. 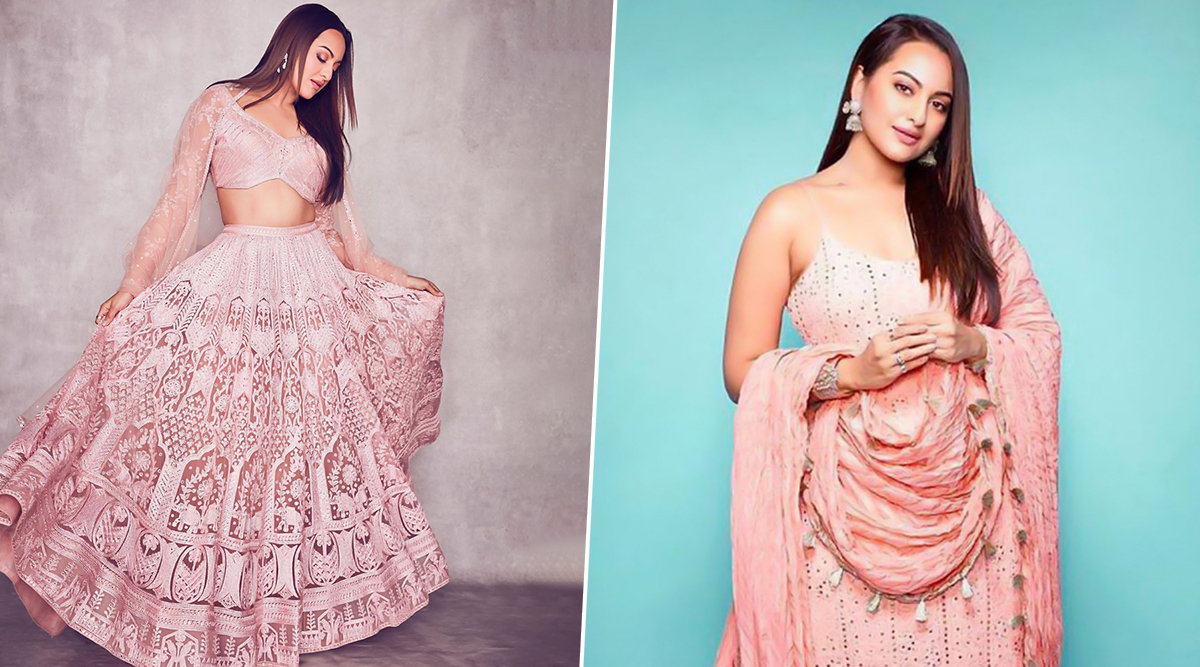 For an appearance on a reality dance show, Karisma donned a signature neo-ethnic Anamika Khanna ensemble with statement earrings, a half-updo and subtle makeup. A ravishing colour that suited Karisma to the T, we love the definition of the look, courtesy the ivory strappy stielttoes. 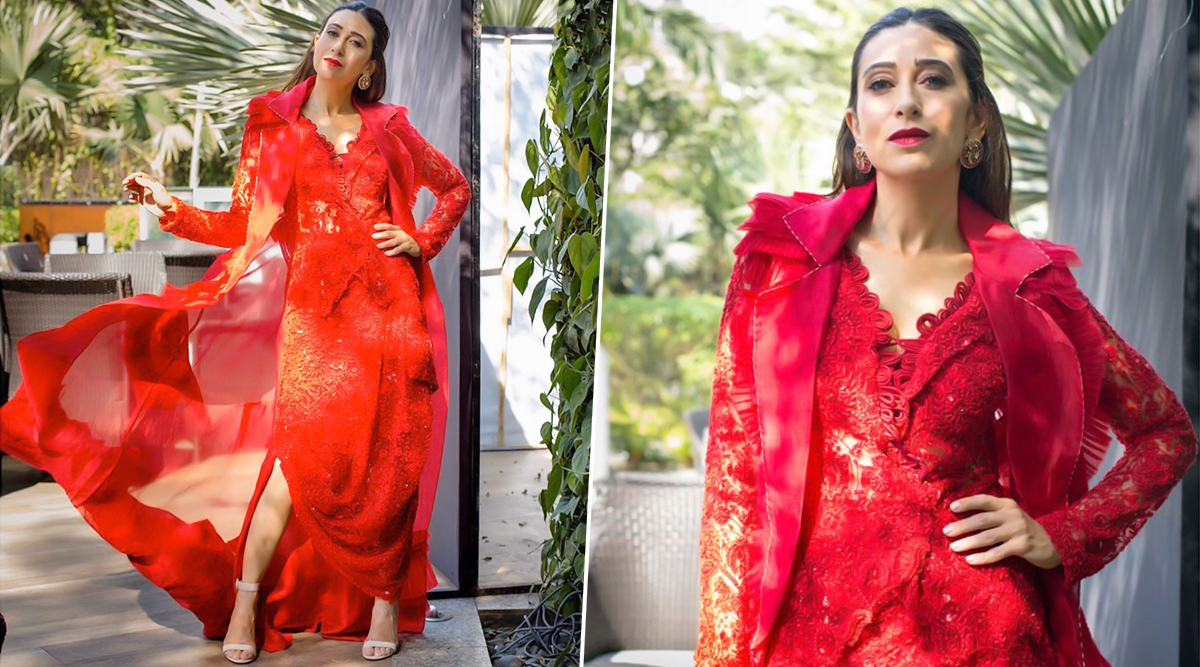 Sonam turned muse and pulled off the lost letters printed lehenga from the Masaba x Rhea Collection teaming it with jhumkis, textured waves and a bold coloured lip. An eye pleasing number, this lehenga is unconventional and chic. 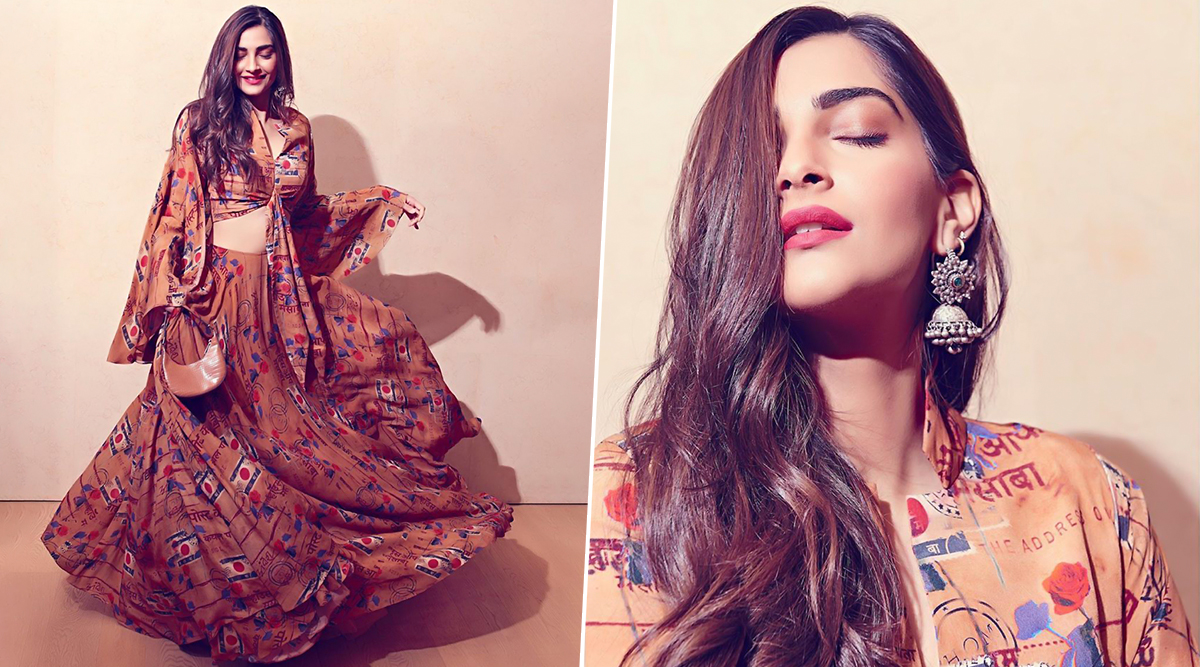 The promotions of Panipat saw Kriti drape a Bhumika Sharma printed fringe saree with an embellished blouse & belt from the designer’s Spring Summer 2020 collection. Kolhapuris from Aprajita Toor, textured waves and subtle makeup were all on point but the length of the drape that failed to cover the footwear served as a major grouse in this vibe. 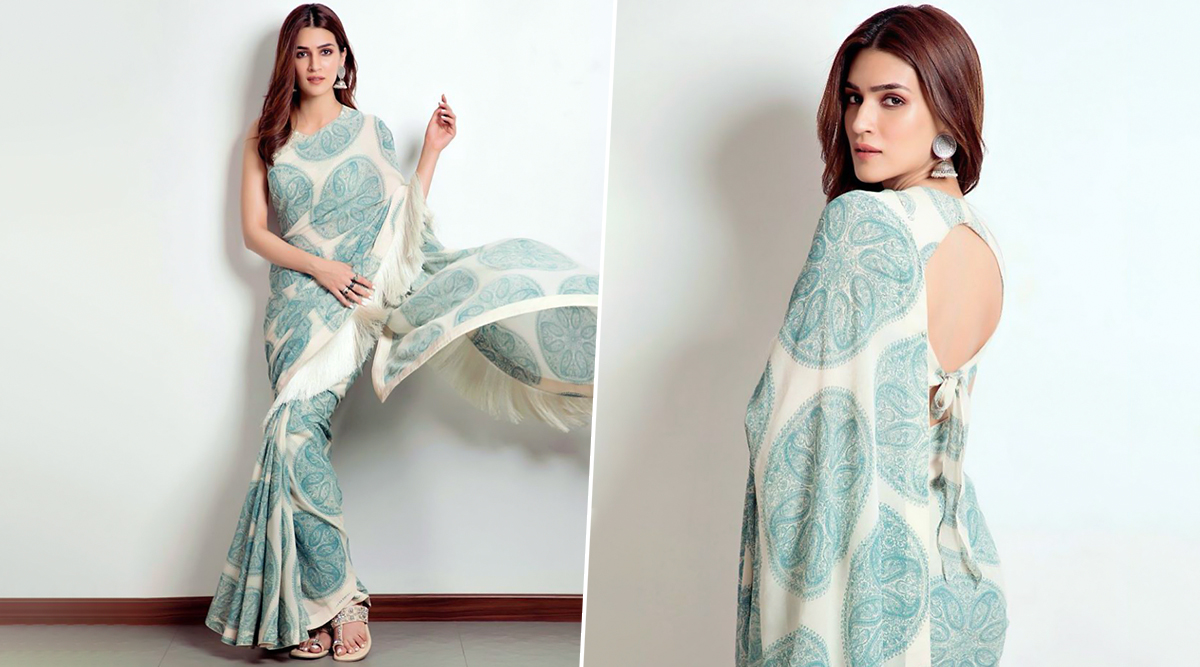 So which of these divas had you hooked the most? Do let us know by taking a poll. For more such snazzy updates, stay tuned to LatestLY Lifestyle Fashion beat!

Which of These Divas Had You Hooked the Most This Weekend?