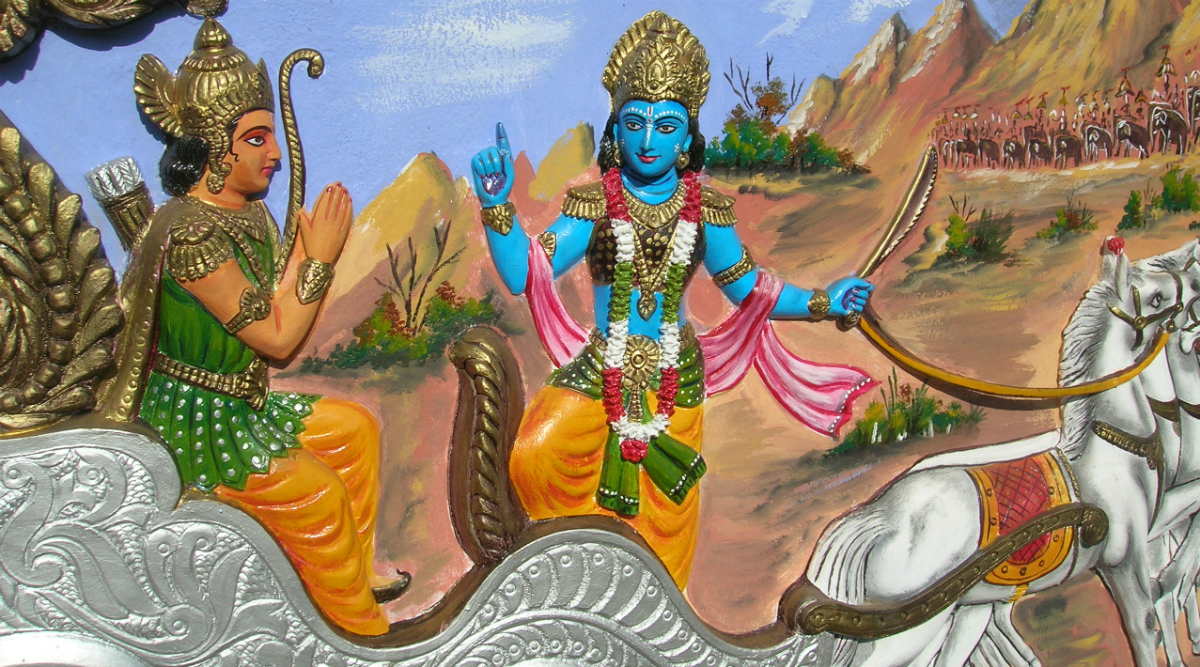 Happy Gita Jayanti 2019! The holy day of Gita Jayanti is celebrated to commemorate the birthday of Bhagavad Gita, which is considered as the holy book for the Hindu community. It is said that it was during this day when Lord Krishna revealed the ‘Bhagavad Gita’ to Pandava Prince Arjuna before the Mahabharata war began. The text in Bhagavad Gita is written in the third person, where Sanjaya – secretary of blind King of Kuru Kingdom, Dhritarashtra – narrated the conversation (which eventually became Bhagavad Gita) to his King Dhritarashtra. So when will be Gita Jayanti 2019 celebrated? What is the story of Gita Jayanti? What is the significance of Gita Jayanti? If you are searching for answers to these questions, then you can find them here below. Mokshada Ekadashi 2019 Date: History, Significance and Rituals Associated With Margashirsha Mokshada Ekadashi Day.

The festive day of Gita Jayanti 2019 will be celebrated on December 8 this year. The Gita Jayanti is observed on the Ekadashi (11th day) of the Shukla Paksha in the month of Margashirsha as per the Hindu Samvat calendar. If one looks at it as per the Gregorian calendar, then the date is likely to fall during November – December.

What Is the Story of Gita Jayanti?

The battle lines were drawn, sides were taken, and the bugles were blown for the epic Mahabharata war. However, before the war about to begin, Arjuna had a change of heart and asked Lord Krishna – his charioteer in the war – to take his chariot in the middle of the battlefield, i.e. Kurukshetra.

Looking at his family members on both sides and thinking about the number of casualties that will take place during the war, Arjuna gets confused. His heart melts, and he gets perplexed about fighting the war, thinking that he will have to battle and kill his family and friends during the war.

What Are the Timings of Gita Jayanti?

What Is the Significance of Gita Jayanti?

The holy book of Bhagavad Gita is considered to be very auspicious for the people of the Hindu community. They consider Bhagavad Gita as their Divine Mother as she helps them reconnect with the Almighty God. The conversation between Lord Krishna and Arjuna is said to cover all spheres of dharma and karma that every individual should (and should not) follow in their lifetime.

The day is considered to be sacred for Hindus as Lord Krishna gave the immortal teachings to Arjuna, which is still revered across the centuries. The day of Gita Jayanti is a moment of joy for people who celebrate it across the globe. The purpose of celebrating this Gita Jayanti is to recall the sermons in Bhagavad Gita and how, when applied, can bring a change in an individual’s life.