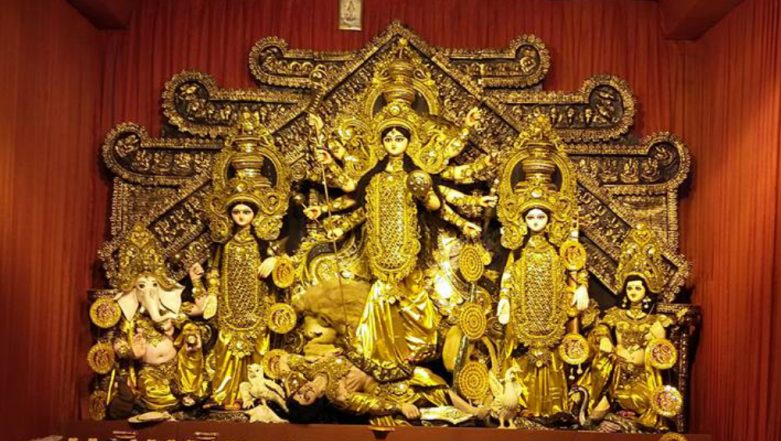 The festival of Sharad Navaratri worships the Goddess Durga and her nine forms on each of the days in particular order. Durga Puja, also known as Durga Pujo in Bengali is celebrated with much grander in West Bengal, Assam, Odisha and Bihar. It is held in the autumn months. Durga Stuti is chanted for worshipping the goddess. It is an easy form of Durga Saptsati composed by Maha Rishi Markande. The devotees chant it at the time of praying to the Goddess to invoke her blessings.

The devotees believe that with the help of Durga Stuti ‘Maa Durga’ listens to their problems and blesses them with the light of wisdom and puts an end to their darkness. By singing the stuti, they also promise that they will always remember ‘mother Durga’ throughout their lives. Festive Season Trains: Indian Railways Announces Special Trains for Durga Puja, Dussehra, Diwali; Check Schedule Here

The last four days called Saptami, Ashtami, Navami and Dashami are the most significant days for the Bengali community. It is a time to commemorate the killing of demon Mahishasur by Goddess Durga. Durga Pujo is celebrated with much pomp as elaborate decorations are made across pandals. During the Durga Puja, Bengali women also engage in Sindur Khela as a part of their rituals.