Give Him a Stage and He Will Give You His Soul, Kunal Om, the Multitalented Flamenco Artist From India 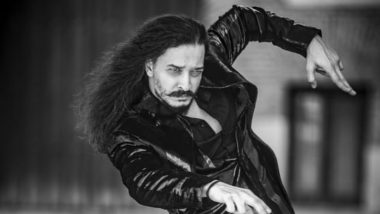 Kunal Om, who is a flamenco artist, dance performer, choreographer, conceptualiser and actor is an empanelled artist with the International Dance Counsel, UNESCO. He is one of the India’s few male Flamenco Dance performers with his ancestral roots from Rajasthan and brought up in Mumbai, with a versatile journey in performing arts for over 2 decades.

Performing with the most celebrated artists from India and working with some of the best choreographers in the country with names like Terence Lewis, Bosco Martis, Darren Das, Karla Singh, Farah Khan, Geeta Kapoor to name a few, Kunal started his professional dance career right after school in Jazz and grew to be a versatile freelancer in many different dance styles, soon performing for the biggest concerts in the country.

Along his journey, his passion for dance and his versatile skills and personality brought him some unique opportunities to perform for International artists like Ricky Martin, Diana King, Shaggy, BoneyM, Wigfield to name a few.

In his pursuit to be unique and do something different, Kunal set of on a journey of discovery which lead him to his roots, finding the mesmerising connection between the Gypsy’s of Rajasthan and Gypsy’s of Spain. Inspired by the culture and its deep historic roots and traditions, Kunal was drawn towards FLAMENCO and surrendered himself completely to pursue it and trained with the most acclaimed Flamenco household’s, maestros & academy’s and some of the worlds best institutions in South of Spain in Andalusia and Madrid.

He is an artist from India, known in the Flamenco community around the world, purely for his passion, dedication, perseverance, respect and honesty for Flamenco and the Spanish culture. For Kunal, Flamenco is not just a dance or music form, its a culture in itself. If one does not live the culture, one cannot be a FLAMENCO.

In his recent endeavours, Kunal had the opportunity to collaborate with Shiamak Davar for the IFFA Awards in Spain, co-choreographing the performance for Hritik Roshan, with his team of some of the best flamenco dancers from Spain.

Kunal is a co-creator of India’s unique and one of a kind concept FlamencoKathaa, a flamenco dance and music fusion and collaboration with Kathak. He also collaborates with Kalbeliya & Folk from Rajasthan, Sufi - Qawwali genre of music ( Non Bollywood and Bollywood based ). His recent performances were showcased at Kala Ghoda Arts Festival, NCPA, Royal Opera House Theatre, Prithvi Theatre Festival, Global ISAI Music Festival, Yoga Institute Harmony festival, India Habitat Centre, Delhi. His performances also include many fund raiser events for top foundations and trusts, performances for Embassy’s, Government events and international tours in the United States of America.

Kunal collaborated and worked as a very integral entity on the biggest ever Flamenco Festival of India right through its creation to seamless successful execution, called the ‘Jodhpur Flamenco Gypsy Festival’, which commenced in the year 2014 and happens at the Mehrangarh Fort in Jodhpur in collaboration with Maharaja Gaj Singh II of Jodhpur. (A three days festival with more than 20 concerts and 50 artists from Spain, Rajasthan and the world).

As an actor, Kunal has trained with the theatre maestro Late Satyadev Dubey, Barry John Acting Studio and Kishore Namit Kapoor Institute, all based in Mumbai. Kunal has been a part of one of leading Spanish television series called GYPSY KINGS. He also plays an important role in the film “CID - The Inheritance” which holds the Guinness book of world record as worlds first 111 minutes one take film which was shot without a single cut, and was produced by Neo Films and Sony India.

Kunal now continues to reside in Mumbai promoting Flamenco, Spanish Language & Culture in India. He is working towards collaborating with artists, performers and musicians from India, Spain and around the world, creating unique opportunities and building the bridge between India and Spain, strengthening cultural ties and exchange, and making India the new hub for Flamenco Dance & Music education in the future.