Gwyneth Paltrow's Candles That 'Smell Like Her Vagina' Are Already Sold Out! 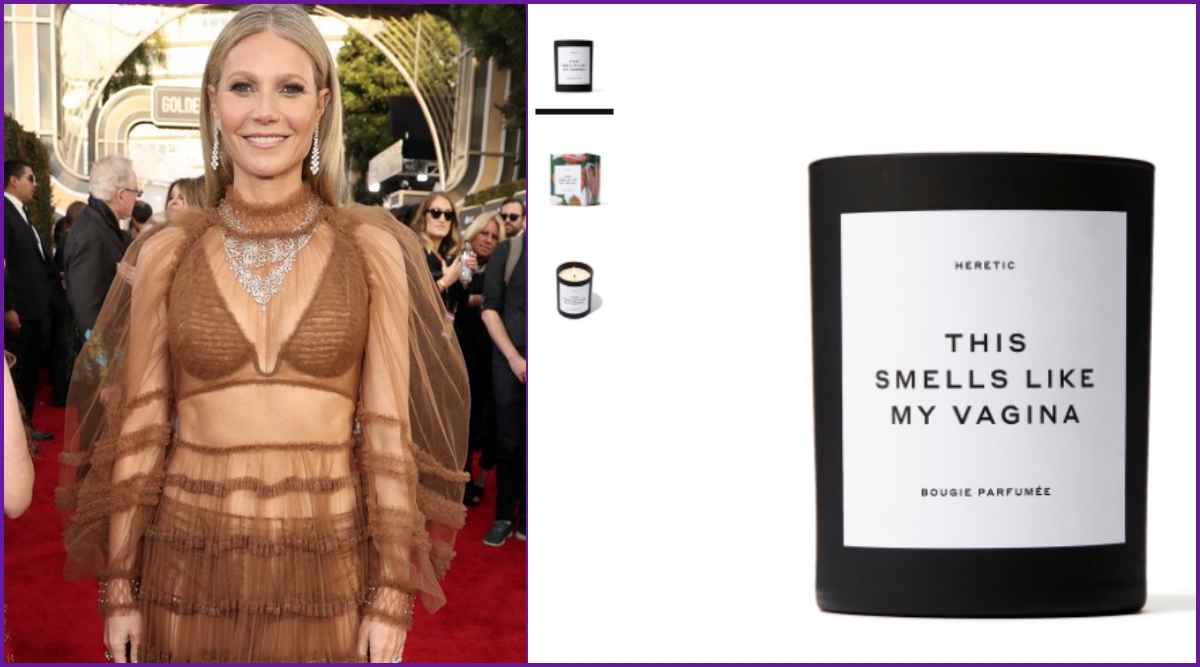 Actress Gwyneth Paltrow is selling a scented candle that smells like her vagina, in her Goop store. According to a listing on Goop's online store, the 47-year-old actress' company is selling a candle which is named "This Smells Like My Vagina", reports People.com. Gwyneth Paltrow Standing Inside a Vagina? Poster of Her New Netflix Show 'Goop Lab' Has the Funniest Twitter Reactions.

As per the product description, the item, which is made by artisanal fragrance brand Heretic, started as a joke between perfumer Douglas Little and Paltrow while they were collaborating on a fragrance together. The two were testing scents when the star said: "Uhhh..this smells like a vagina", the website said.

"It evolved into a funny, gorgeous, sexy, and beautifully unexpected scent. (That turned out to be perfect as a candle - we did a test run at an In goop Health, and it sold out within hours). It's a blend of geranium, citrusy bergamot, and cedar absolutes juxtaposed with Damask rose and ambrette seed that puts us in mind of fantasy, seduction, and a sophisticated warmth," read the description.

This is not the first Paltrow has been open about her private parts. In 2016, the Oscar-winning actress revealed that she has experimented with vagina-steaming. Sceptical at first, she admitted that she was later hooked on the beauty treatment.