Aligarh Man Wanting Six-Pack Abs Ends Up With Kidney Failure: What Are The Side Effects of Steroid Abuse? 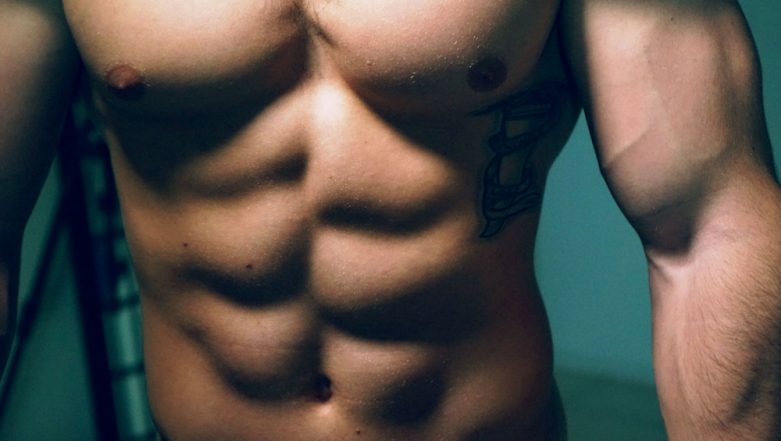 Some side effects of anabolic steroids may not be permanent but can be fatal. (Photo credits: Flickr, Christian Berns)

An Aligarh man’s dreams to get six-pack abs turned into a medical nightmare after he ended up in the hospital for renal failure. Rohit Kumar, a 30-year-old schoolteacher, had body-building aspirations and had wanted a set of six-pack abs, made popularised  by movie stars and television personalities. He approached a fitness instructor in Aligarh who hooked him up with some steroids and hormonal shots. Although he had to pay through his nose, Kumar was assured a chiselled body with six-pack. Doctors who treated him have reasons to believe that it was the steroid abuse that caused the kidney failure. He’s now out of danger and is on his way to recovery.

Dr. Jitendra Kumar, Director of Nephrology and Transplant medicine spoke to DNA said that it was bodybuilding under bad supervision that caused Kumar’s renal failure. He also revealed that there have been other cases of kidney failure caused due to unsupervised bodybuilding.

Excess unsupervised bodybuilding can lead to damaged muscles, which can then release a protein called myoglobin. Excessive circulation of this protein can cause kidney damage. Myoglobin is a protein present inside the muscle tissues and is responsible for delivering oxygen to muscle cells for oxidative metabolism. During intense workouts, muscle tissues are injured in a process called rhabdomyolysis and its contents, including myoglobin, enters the blood stream. This leads to severe complications such as kidney failure, as seen in Rohit Kumar’s case. Dr. Kumar has also warned against the indiscriminate use of anabolic steroids, which has been causing an alarming number of health issues among bodybuilders.

What Are The Dangers of Steroid Abuse in Bodybuilding?

Gyming and exercising are considered healthy practices, meant to improve overall well being. But competitive bodybuilding has resulted in certain unethical practices such as anabolic steroid misuse, which have been compromising the health of bodybuilders.

Anabolic steroids are capable of increasing strength and muscle bulk in bodybuilders, but only when used in conjunction with the right diet and an intense training programme. They are also androgenic, which means they boost the production of male hormones. Some of the side effects of steroid use are well-known, like hair loss and aggressive acne. But some of them can also be permanent or life-threatening. Here are some of the grave side effects of steroid abuse:

Abuse of androgenic steroids used in bodybuilding has been tied to a variety of cardiovascular problems. An acute myocardial infarction is the commonest side effect seen. But other heart conditions such as left ventricular hypertrophy reduced left ventricular function, arterial thrombosis, pulmonary embolism and even sudden cardiac death have been reported. A study also showed that repeated abuse of steroids could also change the shape and structure of the heart.

Excessive and unsupervised bodybuilding can lead to renal injury, as seen in the above case of the Aligarh resident. The culprit could be excessive circulatory myoglobin or a direct side effect of steroid use. Sudden and extreme increase in body mass, caused by bodybuilding, puts excessive pressure on the kidneys, which will then be forced to increase their filtration rate. Studies also suggest that anabolic steroids themselves may be nephrotoxic or harmful for the kidneys.

Studies conducted on powerlifters on anabolic steroids confirmed that they had diminished glucose tolerance as compared to the ones who don’t use steroids. Research also shows that anabolic steroid abuse is also associated with insulin sensitivity. The researchers believe that the problem continues even several years after the bodybuilder has stopped using anabolic steroids.

Although not well documented, there are cases of long-term use of high dose anabolic steroid increasing the risk of liver cancer. But they can cause tumours to develop in the liver called hepatic adenomas, which although are not cancerous but can turn fatal if it starts bleeding. An athlete who had been taking anabolic steroids for several years as an aid to bodybuilding lost his life due to a deadly bleeding caused by a hepatic adenoma.

Anabolic steroid abuse has also been linked to spikes in blood pressure or hypertension among athletes. Since the kidneys get overloaded, the body starts retaining water and sodium, putting tremendous pressure on the vascular system and raising the BP.

It’s a well-known fact that anabolic steroids cause frontal balding or androgenic alopecia. High levels of DHT or Dihydrotestosterone caused by steroid use attacks the hair follicles, causing hair to fall off.

Gynecomastia known colloquially as male boobs or moobs is a clinical condition caused by the imbalance of hormone oestrogen and testosterone. While it’s not a life-threatening illness, it can cause embarrassments and damage self-esteem. One of the major causes of gynecomastia is anabolic steroid use. Studies show a high prevalence (52 percent) in gynecomastia cases among people who use steroids.

Abuse of steroids is also associated with worsening of psychiatric symptoms such as increased aggression and cognitive dysfunction. A study observes impairment in the areas of the brain associated with spatial memory and cognition associated with steroid use. Research has also presented a case where the compounds in the steroid can result in the development of acute schizophreniform illness and psychosis.

Indiscriminate steroid use is a raging problem plaguing the fitness industry today. Steroids give bodybuilders a competitive edge to improve their physical performance. Unrealistic body expectations and self-image issues are also affecting the menfolk, who are misled by film stars and models who develop a buff body in a very short time. Greedy fitness instructors capitalise on their ignorance and unethically promote these drugs.