Ayaansh Gupta is suffering from a rare genetic disease called Spinal Muscular Atrophy (SMA). The toddler has now got support from Bollywood Biggies, such as Arjun Kapoor and Alia Bhatt, who have taken to social media to raise awareness for the treatment to save Ayaansh. 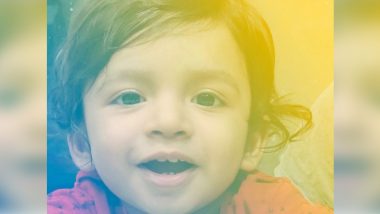 Ayaansh Gupta, who is two years nine months old, is suffering from a rare genetic disease called Spinal Muscular Atrophy (SMA). According to his doctor, gene therapy, also called Zolgensma, is the most promising therapy and a single dose is potentially life-saving for a child with SMA. But it is costly. His parents, Rupal and Yogesh Gupta from Hyderabad, initiated crowdfunding on ImpactGuru.com to cover the cost but is unable to fulfill the huge amount. The toddler has now got support from Bollywood Biggies, such as Arjun Kapoor and Alia Bhatt, who have taken to social media to raise awareness for the treatment to save Ayaansh.

Spinal Muscular Atrophy, SMA, is a group of genetic disorders in which a person cannot control their muscles' movement due to a loss of nerve cells in the spinal cord and brain stem. SMA causes muscle wasting and weakness, and it can be difficult for a person with SMA to stand, walk, control their head movements, and even in some cases, swallow and breathe.

Dr Ramesh Konanki, who has been treating Ayaansh for over a year now, was quoted saying in The News Minute that Type 1 SMA is a very severe form, and children don’t survive beyond two years. Zolgensma is one of the most promising therapies worldwide and is considered the most expensive medicine globally. It nearly costs 2.1 million US dollars (Rs 16 crore) in the United States. Ayaansh’s parents initiated crowdfunding on Impact Guru urging donors to contribute to the cause, but the huge amount is yet to be fulfilled.

The toddler’s condition has moved people, including Bollywood actors Arjun Kapoor and Alia Bhatt, who have taken up on social media to create awareness and urging fans to donate. “A request for everyone to do as much as they can to help the little boy!” reads Arjun’s Instagram post. You can click HERE to know more and donate for Ayaansh’s treatment. 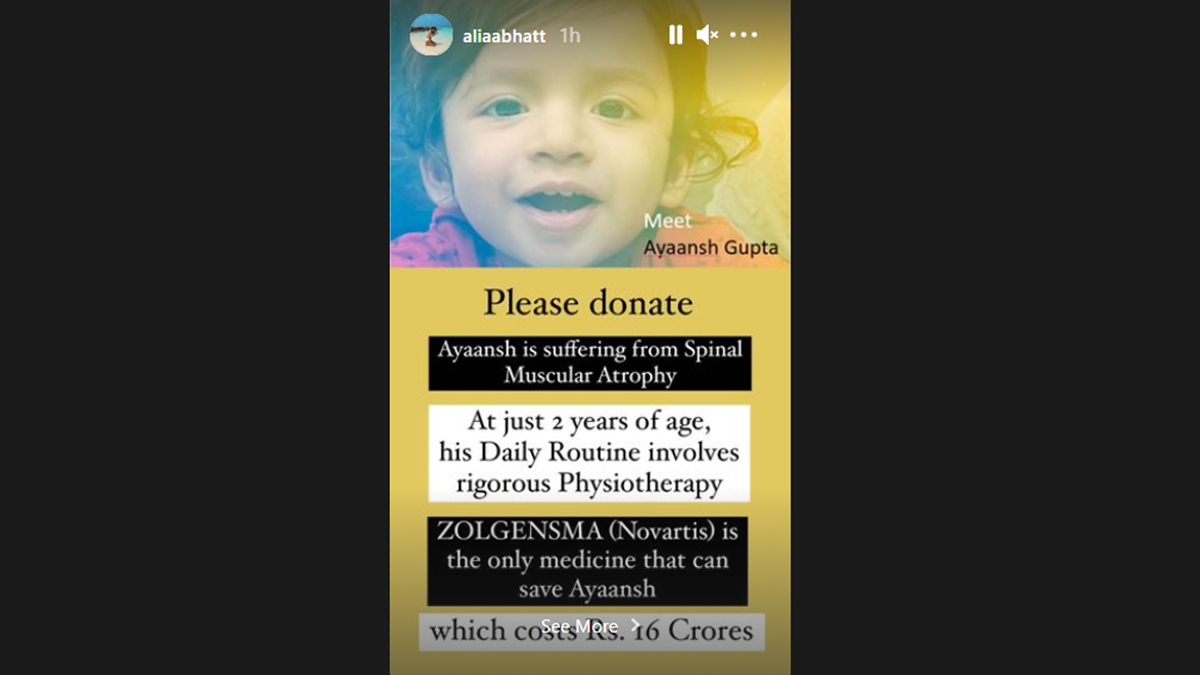 This is the ideal time for the youngster to get the medicine, as the Zolgensma therapy is approved only for children who have a bodyweight of less than 13.5 kg. We hope Ayaansh recovers soon from this life-threatening disease.

(The above story first appeared on LatestLY on Apr 15, 2021 01:31 PM IST. For more news and updates on politics, world, sports, entertainment and lifestyle, log on to our website latestly.com).