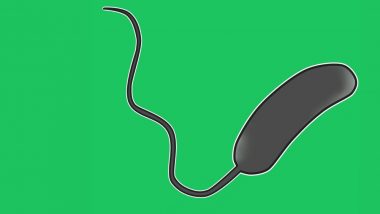 Flesh-eating bacteria are real and they're coming for us. Earlier this week, news broke out that the bacteria vibrio latched onto people who ventured out or swam in water bodies like lakes and oceans.  The bacteria are growing and the cause is unknown. The infection starts off as tiny red blisters or a bad rash but aggravates to something unimaginable. And it’s probably going to get worse from here. Bumps on the Vagina – Is It Razor Rash or STD? 3 Signs It’s a Sexually Transmitted Disease.

Brittany Carey recently notified people on Facebook regarding this infection. She shared how a trip to Maryland turned a disaster after her son returned home with red spots all over this body, after a swim on the coast of Ocean City last week. She let the Facebook audience know that doctors had detected vibrio when she took her son to the hospital. Last weekend, a 77-year-old woman was also infected with this and died from the flesh-eating bacteria.

In rare cases, this can lead to Necrotizing Fasciitis a rare disease in where the bacteria on the open wound started to feed on the flesh. This is fatal and a little difficult to spot as it starts off as red spots or rash on the skin. It then starts swelling to an alarming size. In 2017, a hitchhiker who took tiny blisters as a rash was later rushed to the hospital was diagnosed with Necrotizing Fasciitis. Fortunately, he was saved.

Vibrio or vibrio vulnificus is a gram-negative bacteria present in water bodies such as seas and oceans. According to the CDC, people get vibriosis when they eat undercooked meat or expose wounds to seawater or brackish water. The bacteria finds its way through scraps, burns, insect bites and open cuts.

Who Are at Risk of Vibriosis?

A certain section of people is at increased risk of contracting virbriosis. They include:

What are the Symptoms of Vibrosis?

The symptoms of vibrosis include:

To reduce risk of contracting the flesh-eating bacteria, make sure you:

Doctors have advised people to not be scared of water but take precautions. People with open wounds are suggested to stay away from water. This is probably not the last we've seen of the flesh-eating bacteria. Climate change is triggering an increase in the incidence of fatal bacterial infections. And precaution is the best bet there is.

(The above story first appeared on LatestLY on Jul 05, 2019 01:14 PM IST. For more news and updates on politics, world, sports, entertainment and lifestyle, log on to our website latestly.com).