Man Pulls Out 32ft Tapeworm from His Butt While on the Toilet; Watch Stomach-Churning Video (WARNING: GRAPHIC CONTENT) 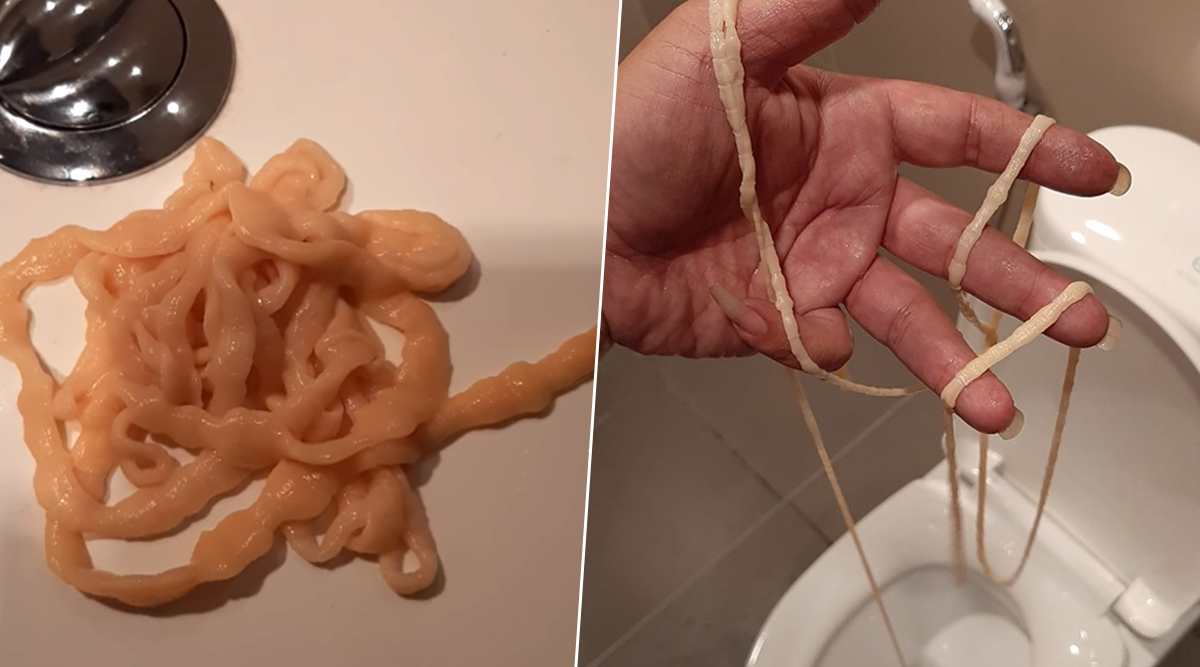 32ft tapeworm pulled from the butt of Kritsada Ratprachoom, from Udon Thani in north eastern Thailand

A 32ft-long tapeworm was living inside the butt of a 44-year-old man before he pulled the whole parasite out while using the toilet. A stomach-churning video of the 32ft-long tapeworm shared by a  horrified man who pulled it out is doing rounds on the internet. The tapeworm must have been living inside the man for long and grew so big. The man named Kritsada Ratprachoom shot a video of the long tapeworm in the toilet that looked like a long stretchy and flat string. On December 9, he said that it felt like something "sticking out" of his bottom and that he pulled out the live parasite from his butthole. The father and freelance photographer, from Udon Thani in northeastern Thailand, described its texture as sticky and stretchy. He said, "I felt like I wasn't finished defecating, like something was left. Turns out there was something sticking out of my bottom." Tapeworm in US Woman’s Brain Shocks Doctors Who Thought it Was A Tumour; How Do Parasites Enter the Brain?

The disgusting pictures on Facebook show the long tapeworm placed up on the toilet. As per reports, Kritsada took the pictures of the parasite and then flushed it down the loo. "I had just finished dropping my child off at school and ran some errands when I had to go for a number two. I got up to see what it was." The worm is estimated to be 32-ft long. Doctor Removes Three-Inch-Long Live Worm From Six-Year-Old's Nose in Vietnam, Video Goes Viral.

Tapeworm in Stool: An Emergency?

Sometimes tapeworm in the intestines exhibit no symptoms at all and also slither out via the stool without causing any problems. Tapeworms look like flat, ribbons that live in your gut. They may enter the system if you may have swallowed their eggs or newly hatched worms via contaminated food or water. You may have a tapeworm infection and only visible symptom could be worms wriggling in the bowel or when the come out in your stool. While they do not cause major concern, in rare cases they can block the intestine, or smaller ducts in the intestine.