Multiple Orgasms in Women: What Happens to Your Vagina and the Rest of Your Body While You Orgasm? Here’s Everything You Want to Know 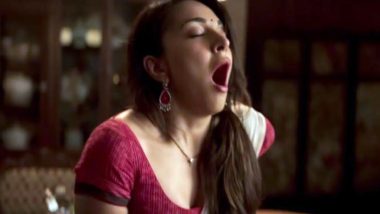 What happens to your vagina and the rest of your body while your orgasm? (Photo Credits: YouTube)

What Happens To Your Vagina During Orgasm?

To begin with, an orgasm only takes place when the woman is completely excited and turned on, so you must know that foreplay is a MUST! The process begins in the brain for both men and women that causes excitement. And a woman can need both clitoris or vaginal stimulation or both at once to get excited. Orgasm involves stimulation of the G-spot that has many veins and is very sensitive. The stimulation makes you excited and leads to a substance very similar to oil along with mucus get released from Bartholin glands or greater vestibular glands. It also makes it easy for the penis to penetrate. Before this, you will feel your vaginal muscle along with anus, and uterus involuntarily contracts and relax. That causes the orgasmic feeling you always feel.

Some of the symptoms (not that you'll need one, LOL) that you may have reached the climax and will orgasm are racing heartbeats, breathlessness, etc. The symptoms you cant see are a sudden increase in blood flow, slight enlargement in the outer and inner walls along with the clitoris. Multiple orgasms may not necessarily be reached by clitoral stimulation achieved by masturbating but by vaginal plus clitoral stimulation with a partner during intercourse as well. Multiple orgasms through vaginal penetration coupled with clitoral stimulation, is said to be one of the best ways to orgasm. Some people even experience orgasm anxiety that may be caused by feelings of insecurity, self-consciousness, or other distracting thoughts. When it comes to sex positions, missionary is said to work the best!

(The above story first appeared on LatestLY on Nov 21, 2019 09:00 PM IST. For more news and updates on politics, world, sports, entertainment and lifestyle, log on to our website latestly.com).