Rising Star Chris B on His Ongoing Journey to Success

Christopher Anthony Berry, known by his stage name Chris B, is a musician, artist, rapper, singer-songwriter, actor, and book author, showing it’s possible to make money in the music business, taking his career to the next level as an independent artist, running his own label with no manager, and funding all his own projects. 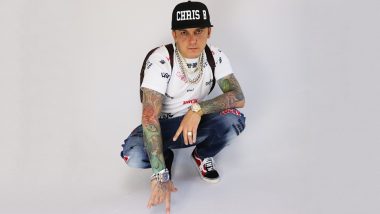 Christopher Anthony Berry, known by his stage name Chris B, is a musician, artist, rapper, singer-songwriter, actor, and book author, showing it’s possible to make money in the music business, taking his career to the next level as an independent artist, running his own label with no manager, and funding all his own projects.

He has shown many what it takes to get to his success over the years. Chris B knew it wasn’t going to happen overnight and be challenging as he invested over ten years into his music and business.

When Chris B first started monetizing his content back in 2013, publishing his music to all platforms, he was only bringing in small amounts of $0.01 up to $0.04, and $5.00 for his quarterly payout for the first three years making small single and album sales. He started to lose hope.

Even though Chris B felt like he was failing, not making the big numbers he wanted to make, he still stuck to it and invested more time and money into his dream, hoping one day it would become his business from something he loves doing and has passion in and pays off. Chris B was always told that it takes royalties a few years to start coming in, so he stuck to his dream and career and followed that advice and never gave up. On December 24, 2017, he woke up early in the morning to a large sum of $7,875 in his dashboard. Chris B was stunned and excited to start finally making money from his career and invest back into it.

After, he started making thousands of singles and albums sales, trending on all social media. It is obvious Chris B is making large numbers with his music that he turned into his business taking It seriously. It is yet unclear Chris B’s yearly net worth and what he is making now. It is obvious that he is making more than what he was before, due to the large numbers he has been dropping into his music videos, music, jewelry, and lifestyle. Chris B also shocked the public when he took his music business by showing he can do more with it, releasing his first book Planet Earth Seized of Destruction edited by Haylee Cook, and became an author, making over thousands of sales, hitting number 1 best seller.

Chris B took his business seriously by working with many known celebrities like Dwayne “The Rock” Johnson, Krizz Kaliko, Debo, Twisted Insane, and more. Chris B also inspired artists like Kevin Hart, T-Pain, and Will Smith to release their books shortly after. He has caught the attention of celebrities like Hinder, Tom Macdonald, Jake Paul, and many more, raising his revenue.

Chris B has made it clear you can turn your music into your business and daily job. Chris B is also an influential creator and musician artist, sending positivity throughout the world by showing you can have fun and enjoy your business. Chris B shows it takes money to make money. You have to invest into your career and business if you want to succeed.