Use of Condoms in Goa as a Method of Contraception for Family Planning Falls to 7 Per Cent, Reveals Survey

The survey also states that the state's sex ratio has decreased. 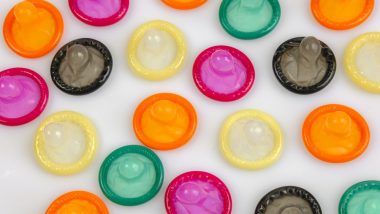 In a shocking survey done by the National Family Health Survey (NFHS) for the year 2015-16 only about a 7.1 percent of the population in Goa uses condoms. As per reports by TOI, there has been a 0.4per cent drop since the last decade. Goa was also in news in the year 2016 because of its first ever 'Condom Store.'

The reports also reveal that not even a single male has opted for sterilisation whereas a section of females has opted for it. Yes! About a 16.3 per cent of females from Goa have been sterilised, which is also a drop from compared to the year 2005-06.

The survey also states that the state's sex ratio has decreased as well. The reports reveal that per 1000 males there are about 10 fewer females being born. Birth Control Pills for Men? 3 Things You Should Know About Male Contraceptive Pills or DMAU.

Why Is Condom the Best Method Of Contraception?

Unlike other method of contraception, condoms are easy and safe on an average when compared to others. Various studies claim that condoms are a better method of contraception. A study says, 'Condoms can be used as a barrier contraceptive and/or to protect against many sexually-transmitted diseases. They are easy to buy and use and free from medical risk. Carefully used, and used in conjunction with a spermicide, condoms have similar reliability to IUDs, progesterone-only pills and the diaphragm. The condom must be put on before the penis touches the vaginal area. The penis should not touch the vaginal area after the condom has been taken off. Oil-based products, eg baby oil, massage oil, lipstick, petroleum jelly, suntan oil, can damage the condom. If a lubricant is required, use one that is water-based.'

However, the study further says, 'Condoms are highly reliable when used properly and help protect against most sexually transmitted infections. Condom use may also help to protect against cervical cancer. However, on the down side, condoms can interrupt love-making, need to be used carefully, and some people report that they reduce sexual sensation.' Natural Cycles, Becomes First Birth Control App to Get US FDA Approval, Was Earlier Investigated for Misleading Claims.

(The above story first appeared on LatestLY on Oct 01, 2018 10:07 PM IST. For more news and updates on politics, world, sports, entertainment and lifestyle, log on to our website latestly.com).