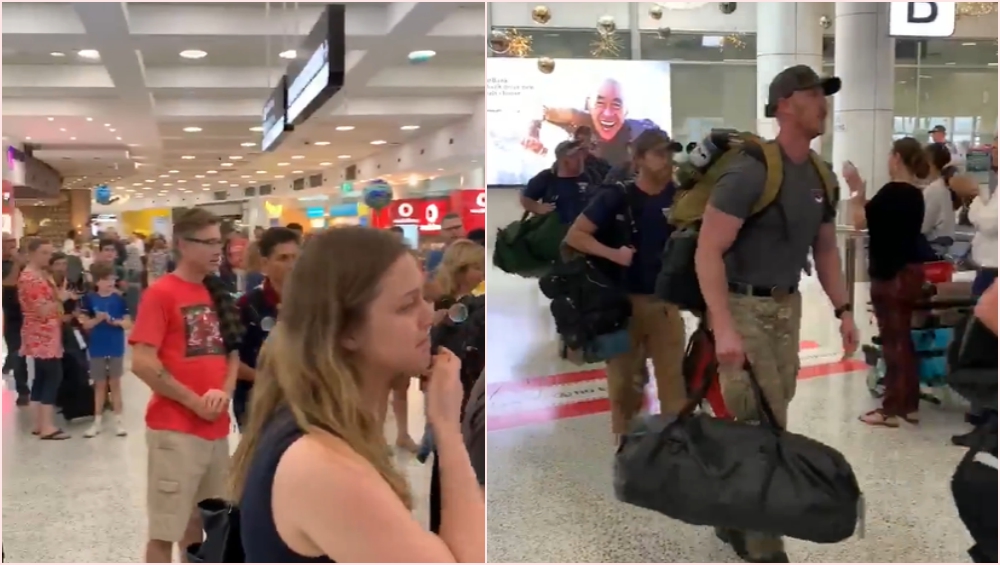 As massive blazes continue to ravage parts of Australia, firefighters from the United States of America flew to battle with the raged wildfires. This is the emotional moment when a large crowd at the Sydney International Airport cheered and applauded for the American firefighters who arrived to help battle the country’s devastating fires. Commissioner, Shane Fitzsimmons of the New South Wales Rural Fire Service posted the video of the scene on Twitter, and at the time of writing this, it has received more than 6 million views. The count is expected to increase! Their rousing welcome by the Aussies at the airport has melted the internet’s hearts as it depicts the dire situation the country is facing at the moment. Here’s How You Can Donate and Help Those Affected by Destructive Australian Wildfires.

According to media reports, this is the first time since 2010; the U.S. has sent firefighters to help Australia battle the wildfires. The National Interagency Fire Centre, the government agency that coordinates the U.S. firefighters going to Australia reported that approximately 100 firefighters had been sent in December and early January with more planned to fly in the coming days. Animated Sketch of Steve Irwin Welcoming All Dead Animals to Heaven Will Tug Your Heartstrings.

As the firefighters arrived at the airport, the citizens joyously applauded, giving them a heroic welcome. They are in the country to assist with the firefighting in Victoria. “US fire fighters arrived at Sydney Int Airport this week, on their way to assist with fire fighting in Victoria. Coming through, all gathered gave a spontaneous & lengthy round of applause, reflecting the gratitude & admiration we all have for their generosity,” reads Fitzsimmons’ Twitter caption.

US fire fighters arrived at Sydney Int Airport this week, on their way to assist with fire fighting in Victoria.

Coming through, all gathered gave a spontaneous & lengthy round of applause, reflecting the gratitude & admiration we all have for their generosity. #NSWRFS @NSWRFS pic.twitter.com/5epg5y4qxX

Australia’s wildfires have been going for months and have burned significant parts of the country. Estimates say that the bushfires are blamed for 27 deaths and several missing. Canada has also sent firefighters to Australia, and this happened for the first time. It is a challenging time for the Australians at the moment. Many have been shifted to evacuation centres as their homes were being destroyed by the fires. Every day, the internet is surfaced with videos and images that show the devastation caused by the fires so far.