Cat Gets Prosthetic Limbs After After Car Ran Over Its Hind Legs; Becomes Popular on Social Media (See Pics & Videos) 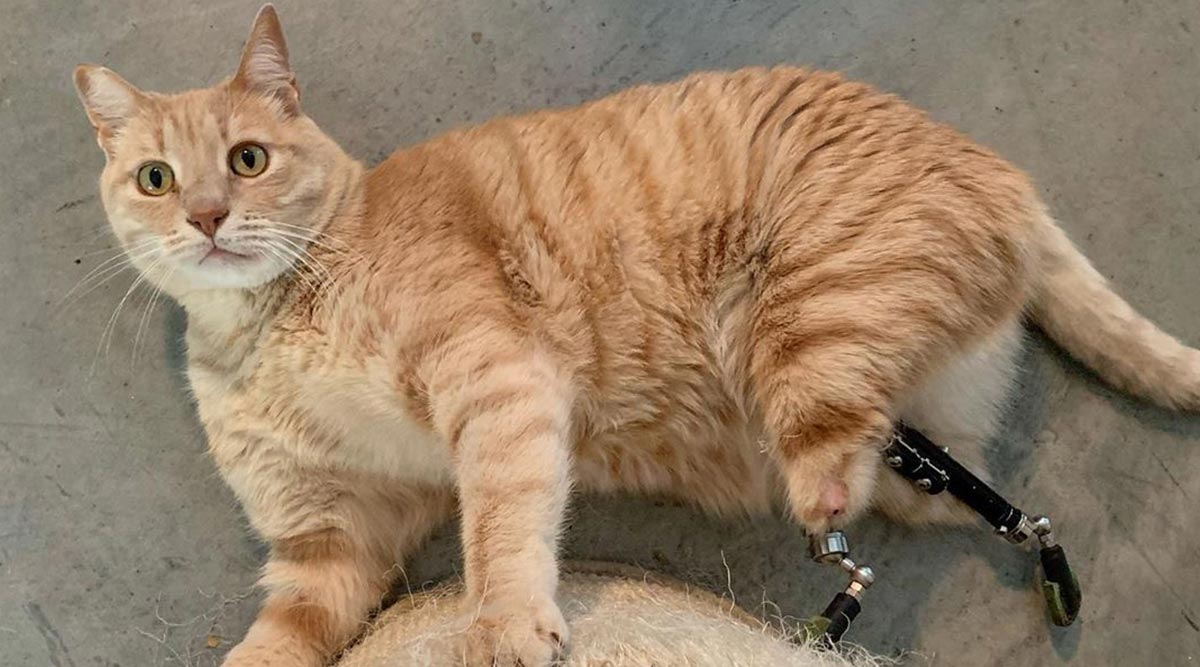 Vituzzo, a cat with artificial legs has become popular on the internet after both its paws were amputated following an accident. The cat's owners Silvia Gottardi and Linda Ronzoni, from Milan, were on their honeymoon when a car run over their feline's hind legs. The incident happened on December 20, 2018. The cat had to get both its legs amputated but the couple wanted their loved pet to have a life any other cats. And with that thought, they went ahead and today Vito has become the first cat in Italy to have bionic legs. Cat Grandpa Goes Viral! Internet Is in Love With Safe Haven’s Elderly Volunteer Napping With Felines; View Adorable Pics.

The couple then created an Instagram handle documenting their feline's journey. They post videos and pictures of the cat adapting to life with prosthetic limbs. They have removed one of Vito's paws as it became infected following the accident. They thought that he would not be able to live with the new legs, but Vito has adjusted pretty well. These Funny Cat Videos Will Steal Your Mid-Week Blues.

Vitto Adjusting to Its New Legs!

Posting on the anniversary of the accident, Vito said, "Exactly one year ago my life changed totally. It was not easy but I still love life and enjoy all the love around me! Just hate the diet, but I don't have to weight too much for my prosthetic legs!" In one of the posts, they say that Vito loves running around the trees and climbing trees. Recalling the accident, the couple said that they were devastated to hear it. Vito's story gets shared on social media platforms with the hashtags #vituzzosuperstar.