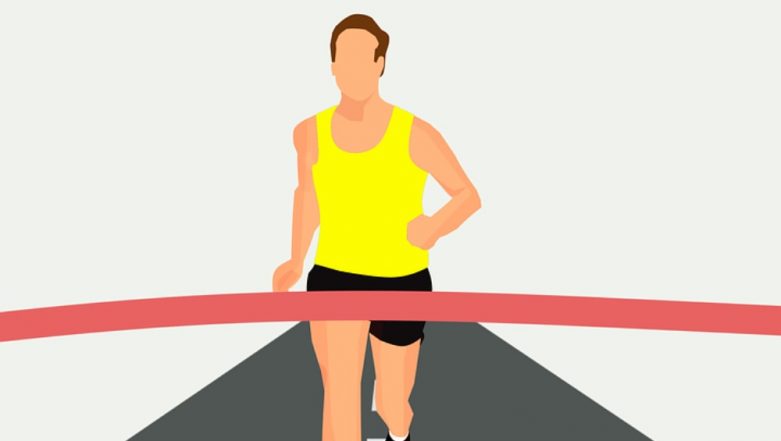 Chinese athlete Wu Xiangdong had to face a bout of diarrhoea while running at the Shanghai half-marathon earlier this week. After 10 km, he had started to feel uncomfortable; four more kms later the most dreaded thing happened. He had to shit in his pants while running. Wu had finished 14 km mark of the 21 km race when he had to relieve himself on the go. However, it couldn't stop the strong-willed Wu from finishing the race. Even while facing the uncomfortable and smelly moment, he ran and grabbed the first spot. He finished the run in one hour, six minutes and six seconds. Japanese Runner Rei Iida Crawls on Track After Injuring Herself During Marathon Relay, Receives Praises on Social Media (Watch Video)

Embarrassed by how things turned out, Wu admitted that he felt "unwell" but kept running "until I achieved my mark". Asia One quoted Wu as saying, "I kept running and didn't stop (to go to the toilet because there weren't any) and I wanted to beat the African runner at the finish. I was really relieved when I crossed the finish line. It seemed I had more power after I excreted everything (during the race). I definitely would have run faster if I didn't have this (episode)."

Wu Xiangdong during the race:

The runner with the runs: Chinese athlete suffers diarrhoea nightmare at Shanghai half marathon https://t.co/leP8VUgiwf pic.twitter.com/nZmogKaQpG

However, kind-hearted netizens suggested that people shouldn't make fun of the run, but rather look t his achievement and appreciate it. Social media users said that he was brave and had the courage to finish the race despite the oopsie moment. Wu said he might have had diarrhoea because of the wet clothes he was wearing.  Talking at the Shanghai Oriental Sports Centre, he said, "Or it was because I only had a piece of bread and drank mineral water. I don't think it was because of what I ate. It was a mighty relief to have had the toilet in the end. I don't want to remember this race."