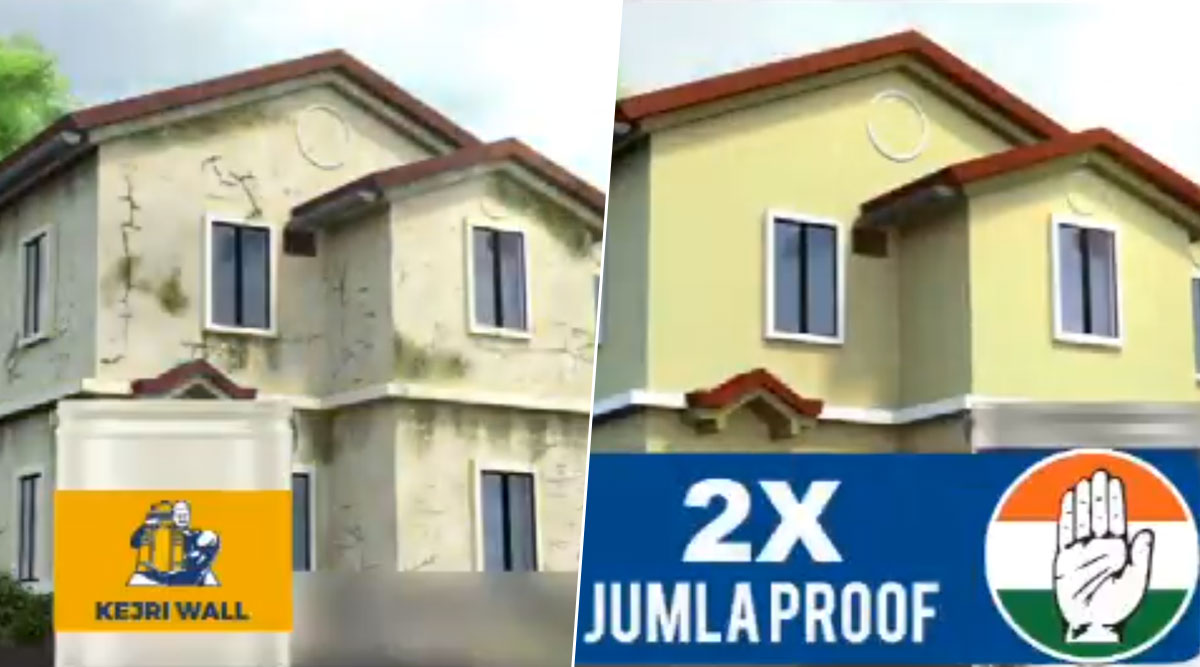 New Delhi, January 9: With less than a month remaining for assembly elections in Delhi, the Aam Aadmi Party (AAP) and Congress are using television advertisements to jab each other. The two parties, on social media, uploaded edited versions of two popular TV ads in a bid to deride each other. The social media battle was initiated by the AAP, and was countered by the Congress. Check Dates and Schedule of Delhi Assembly Elections 2020.

In the video uploaded by AAP, the noted Ambuja Cement ad featuring veteran actor Boman Irani was used to score a point against the Congress and the BJP. The clip was edited to portray that the two national parties - though traditional rivals - are united in Delhi to dislodge the Arvind Kejriwal government.

In retaliation, the Congress uploaded the edited version of the popular Dulux paint ad, again featuring Irani. Through the clip, the party attempted to portray that the AAP and the BJP are two sides of the same coin. The party has jabbed the saffron party using the "jumla" barb, whereas, the Kejriwal-led group has been targeted for alleged hypocrisy.

The Congress, which ruled Delhi for 15 years between 1998 to 2013, was dislodged from power by the AAP -- then a  nascent political force. In the 2015 elections, the Kejriwal-led AAP had ended up winning 67 out of the 70 constituencies, whereas, the grand old party had drawn a blank. The BJP was also restricted to three seats.