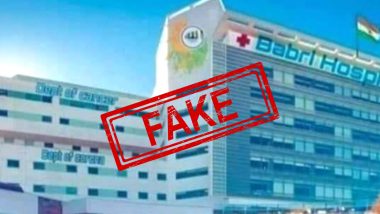 Image of schema of University of Virginia Hospital is shared as blueprint of Babri Hospital on social media (Photo Credits: Facebook)

Ayodhya, August 7: Recently, an image of a large building complex with a signboard stating "Babri Hospital" is going viral on several social media platforms. The viral post claims that it is the blueprint of a hospital proposed by the Sunni Waqf board on the five-acre land allotted by the Supreme Court for building the mosque in Ayodhya. Government to Drop Money From Helicopters in Every Town and Village in India? PIB Debunks FAKE News, Reveals Truth Behind Viral Post.

The claim made in the viral post is fake. The image going viral as the blueprint of Babri Hospital is actually the schema of the University of Virginia Hospital at Charlottesville, Virginia, United States. The post is widely shared on Facebook. The image also has two more signs "Department of Cancer" and Department of Corona". Indian Rupee Falls Below Bangladeshi Taka? Viral Message Circulating on WhatsApp and Twitter is Fake. 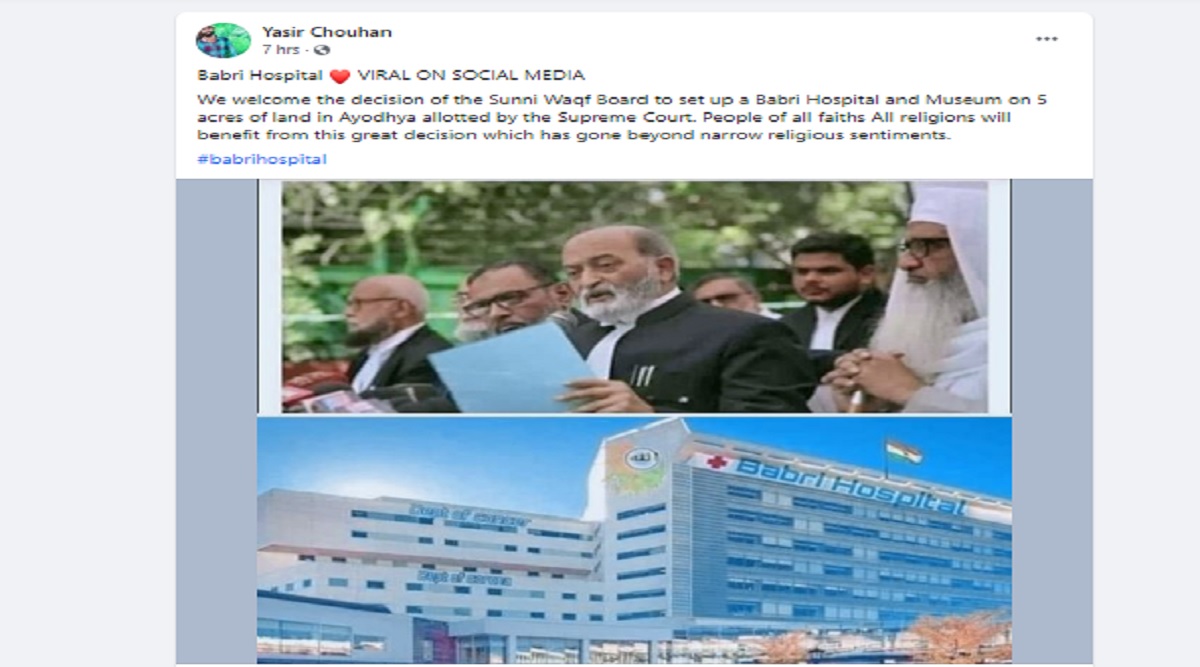 Boomlive website did a reverse image search of the viral photo.It was found that the image belongs to the Smith Group - an architectural planning firm. According to the online portal, the firm claimed to have designed the University of Virginia Hospital in Charlottesville, Virginia, United States. The did not have any signboard of "Babri Hospital".

The misleading image went viral on social media, in the backdrop of the Bhumi Pujan - the Foundation Stone Laying ceremony for the Ram Temple at Ayodhya which took place on August 5. Prime Minister Narendra Modi laid the foundation stone of the temple. Uttar Pradesh Cheif Minister Yogi Adityanath was also present at the ceremony.

Last year in November, the five-judge Constitution bench of the Supreme Court, headed by the Chief Justice of India Ranjan Gogoi handed over the disputed land in Ayodhya to Ram Janmabhoomi Nyas for the construction of the Ram Temple. The top court had also directed the government to allocate five-acre land in Ayodhya for the construction of a mosque.

An image of a large building complex with a signboard stating "Babri Hospital" is going viral on several social media platforms.

The image circulating as "Blueprint of Babri Hospital" is actually the schema of the University of Virginia Hospital in United States.

(The above story first appeared on LatestLY on Aug 08, 2020 12:46 AM IST. For more news and updates on politics, world, sports, entertainment and lifestyle, log on to our website latestly.com).