'Man Accused of Ejaculating in His Boss’ Coffee Everyday for 4 Years' Is Fake News! Here’s Fact Check Behind This Viral Post on Instagram 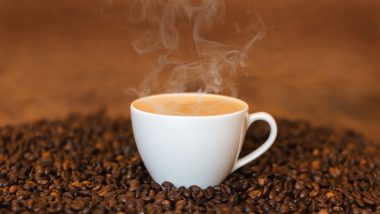 As if there weren't enough disgusting things in the world now that we hardly leave our homes these days, here comes yet another one that might not be very appreciated by coffee-lovers. Imagine having an orgasmic cup of coffee? But wait, imagine its literal version now! Don't get it? Well, we didn't get it either initially when we found some Instagram posts having text that read: "man was arrested on his work site this morning after it was discovered that he was ejaculating in his employer’s coffee every morning." Well? Speechless, aren't you? But is it true?

These days, most of us rely on social media a "credible" source of news or we just happen to stumble upon something that garners your attention, and it stays in the back of your head whether or not it is true. Some people are sharing this news of this man who "ejaculating in his boss’ coffee every day for 4 years" as if it were true. But is it though? Didn't the coffee have an altered taste because of the addition of semen to the fresh brew? And how was the man able to ejaculate EVERY DAY? The guy must be quite daring to masturbate and ejaculate right into the cup of coffee every day in the office! How did it happen? Well, the truth is that with a little bit of reverse google search you will find this article with a headline that reads, "MAN ACCUSED OF EJACULATING IN HIS BOSS’ COFFEE EVERYDAY FOR 4 YEARS" by worldnewsdailyreport.com.

The story reads very interesting and keeps you captivated till the end. However, the only thing people seem to miss out is its footer that has a very important note. The note says, "World News Daily Report assumes all responsibility for the satirical nature of its articles and for the fictional nature of their content. All characters appearing in the articles in this website – even those based on real people – are entirely fictional and any resemblance between them and any person, living, dead or undead, is purely a miracle." Yes, the article is satirical in nature which means it is not true. It takes one screenshot to spread fake news and that is what happened in this case.

'Man Accused of Ejaculating in His Boss’ Coffee Every day for 4 Years' Is Fake News!

(The above story first appeared on LatestLY on Jul 14, 2020 04:33 PM IST. For more news and updates on politics, world, sports, entertainment and lifestyle, log on to our website latestly.com).