Rocklein is currently suing him for wrongful termination, among other claims. "Watching the same people who screwed me over massively end up in deep scandals isn’t news to me, it’s karmic debt", Rocklein tweets. 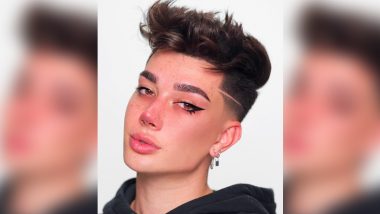 Allegations against James Charles don't seem to catch a breath. The beauty guru is currently being accused that his fans sent death threats to Kelly Rocklein, who is a former producer for Charles. Rocklein is currently suing him for wrongful termination, among other claims.  "Watching the same people who screwed me over massively end up in deep scandals isn’t news to me, it’s karmic debt", Rocklein tweets. In another tweet she wrote: "Won 1, going 2 for 2 because im all about law and order" referencing a previous lawsuit against influencer Erika Costell who she sued for failure to pay wages. James Charles' YouTube Channel Temporarily Demonetised for Sending Sexually Explicit Messages to Two Minor Boys; Complete Timeline of The Sexual Misconduct Case.

James Charles sexting screenshots and pics went viral on social media as people began accusing Charles of sexual misconduct with minors following which the apology video was posted by James Charles. After several "expose" TikTok videos, sexual Snapchats and DMs posted by accusers, some of whom claimed they were victims themselves Charles made an apology video.

Charles was called out for defending two TikTok stars, Ondreaz Lopez and Xavier Lopez, after they faced numerous allegations of "grooming" underage boys. Charles tweeted in solidarity with the victims; however, users claimed he had defended the Lopez brothers back in June.

Morphe cosmetics and now YouTube has temporarily demonetised James Charles' account. He has been accused of sending sexually explicit messages to two minor boys who he believed were 18. YouTube has temporarily removed Charles from the YouTube Partner Program and enacted its creator responsibility policy which states: "If we see that a creator's on- and/or off-platform behaviour harms our users, community, employees or ecosystem, we may take action to protect the community", a YT spokesperson said to the PEOPLE.

Beauty mogul, YouTuber James Charles has been constantly receiving backlash for doing collabs during the pandemic to which he finally responded on January 4. Not just collabs he has also been called out for partying amid the pandemic with celebs like Charlie D'melio and others. But now finally he decided to put all the speculations to rest. James Charles and Tana Mongeau had even apologized earlier for attending a birthday party at the Hype House amid the Coronavirus pandemic.

(The above story first appeared on LatestLY on May 15, 2021 06:20 PM IST. For more news and updates on politics, world, sports, entertainment and lifestyle, log on to our website latestly.com).