Justin Trudeau's Beard Is Everything We Want to Talk About! Check Viral Twitter Reactions on Canadian Prime Minister's Facial Hair 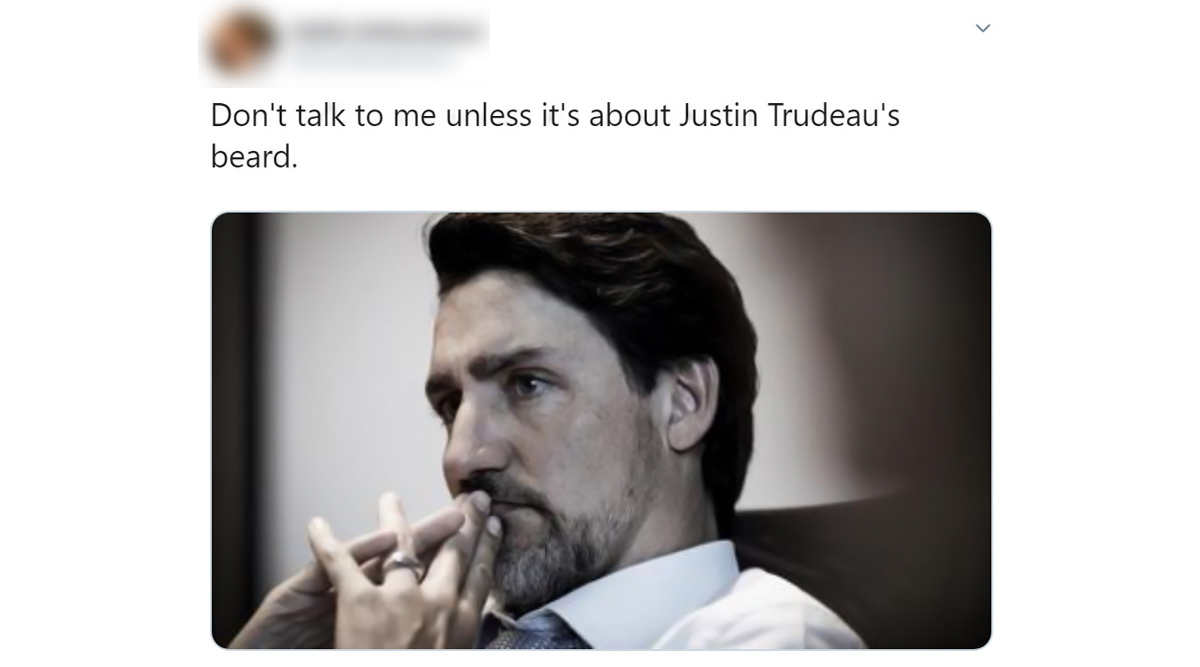 Justin Trudeau has a beard now and nothing is ever going to be the same again. The internet is SHOOK. While some cannot help admire the little facial hair growth most people are wondering what it means. Yes! Apparently, a drastic change in the way you keep your facial hair means something politically. People cannot help talk about the change in the appearance of the Canadian prime minister. Speculations are having a party and then after-party just because of the hottest Prime Minister sported a beard after his Christmas- new year break. Nobody knows, but we sure do want to know what exactly happened that Trudeau now has a beard. Canadian PM Justin Trudeau's Throwback Picture on Social Media to Wish His Late Brother is So Emotional.

The social media went on a roller coaster ride after a photo of the prime minister was released by his official photographer. And after that suddenly everything on the internet was about Justin Trudeau's beard. He's now one of the many politicians whose facial hair has sparked a buzz. In the image, PM Trudeau, can be seen carefully glaring at some time while showing off his perfect jawline and a salt-and-pepper beard.   If you ask us, we are totally in love with this new look of Justin Trudeau but we're no less curious than the rest of the world. Take a look at the picture of Justin Trudeau with a beard:

Don't talk to me unless it's about Justin Trudeau's beard. pic.twitter.com/xv0UPiXsyJ

We totally agree with Hollie Schlesselman @hschlesselman3 who captioned the picture with: "Don't talk to me unless it's about Justin Trudeau's beard." But take a look at some other reactions from netizens that have taken over the internet:

I like the double entendre. No one is fooled by the beard. We all know you're no more serious than ever before. The grey on some men indicates the stresses of office but in your case @JustinTrudeau we know that can't possibly be the case with how much you drink and vacation.

Why does Justin Trudeau have a beard

Justin Trudeau has grown beard. I hate this game.

I didn't think Justin Trudeau could look any more dapper, then he grew a beard. #JustinTrudeau #Canadiens pic.twitter.com/q7JbJANKMX

But He Looks Awesome Right?

It has just come to my attention that Justin Trudeau has grown a beard, and I have so so many questions

That Makes The Two Of Us

pause, when did justin trudeau decide he was gonna start growing that lil beard? pic.twitter.com/73lAGEQC0E

My ovaries are trying to leap from my body and immigrate to Canada. Justin Trudeau has grown a beard!

BTW, did you know that this is not the first time the Canadian politician has kept facial hair on? It is said that before he became the prime minister, he grew a moustache and goatee for the Movember prostate cancer charity. Well, no matter what, we are totally in love with this look. From "a sign of age and maturity" to "style change", speculation about this new look by Justin Trudeau have taken over the internet. We're still curious to know if there is a special reason he chose to not shave his beard, though!