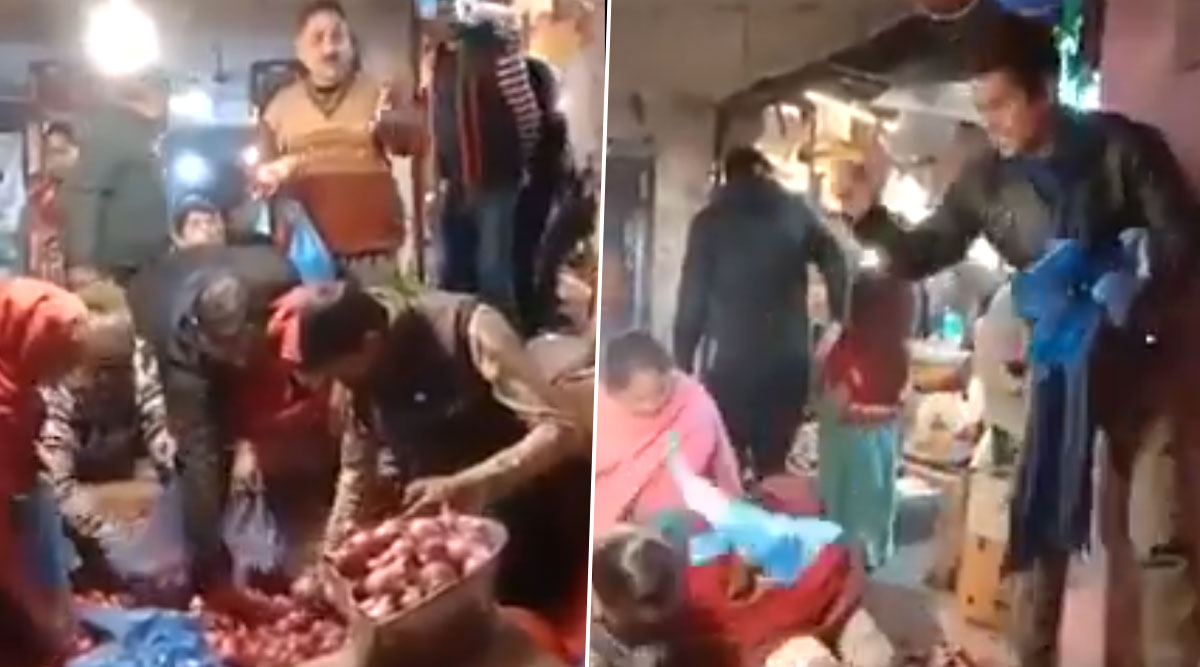 New Delhi, January 15: With the announcement of dates for the Delhi assembly elections 2020, campaigning has begun in the national capital. While political parties are using creative advertisement to woo voters, citizens have also indulged in pitching for their favourite. A video of a man promoting Delhi Chief Minister and Aam Aadmi Party (AAP) leader Arvind Kejriwal while selling onions at a market is widely shared on social media. Arvind Kejriwal to Contest from New Delhi, AAP Denies Ticket to 15 MLAs.

In the video, also shared by Arvind Kejriwal on Twitter, a man is seen raising slogans such as "Kejriwal apna hero hai, bijli ka bill zero hai" and promoting the Delhi Chief Minister. Here it may be noted that residents of Delhi need not have to pay for electricity consumption upto 200 units. Due to this facility provided by the AAP government, many get Re 0 electricity bill. Delhi Assembly Elections 2020: AAP Uses Super Mario to Promote 'Super Kejriwal' in New Social Media Campaign Video, Twitterati Lauds.

I would love to meet him. pic.twitter.com/VH8Jt6smeM

The man was indeed trying to attract people at a market where he was selling onions at a cheap rate. "Kejriwal ki dukan, Modi bhakt koi nahi aayega (Kejriwal's shop, no supporter of Modi will come)," the man can be heard saying in the video. The video also drew the attention of Kejriwal who shared it on his official Twitter account. Sharing the clip, the AAP leader wrote: "Someone sent me this video today. A unique way of showing love. I would love to meet him."