Pentagon has finally let the UFO out of the bag. U.S. intelligence agencies are expected to deliver a report on “unidentified aerial phenomena” to Congress in June. The report has certainly renewed interest in how the government has handled sightings of mysterious flying objects in the past. 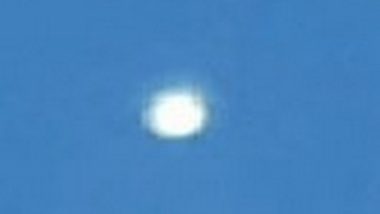 The world has long been singularly obsessed with aliens. It's one of those life mysteries - like the bigfoot or the loch ness monster- that keeps the embers of our inner sherlock/Indiana Jones stoked, so one day we can finally crack the code. Many have tried, albeit with little success, to provide substantial proof of their existence; While some came close to the revelation, the cynic inside us all refused to make a believer out of us. Not to mention the government vehement denial hasn't helped the case of the non-believer. As a result, we've always taken these discoveries with a grain of salt. That's until now; Pentagon has finally let the UFO out of the bag. U.S. intelligence agencies are expected to deliver a report on “unidentified aerial phenomena” to Congress in June. The report has certainly renewed interest in how the government has handled sightings of mysterious flying objects.

Although this will be the first time the pentagon will confirm on record the sightings of UFO's, and make public the report compiled by the director of national intelligence and the secretary of defence, on what the Pentagon knows about unidentified flying objects, this is not the first time the world will witness tangible evidence of unidentified objects hovering over our atmosphere.

In 2018, an alleged military video of an unidentified aircraft was released Friday by the Stars Academy of Arts and Science — an organization committed to identifying unknown objects in aerospace.

The video, which was obtained by the Stars Academy from what they claim to be proper “reporting channels,” and titled “Go Fast,” showed an unidentified object moving at warp speed above the ocean surface. While the academy refused to reveal their source, they alleged the release of the video was approved by the United States Department of Defense (DoD).

The footage was captured by the pilots of a F/A-18 Super Hornet combat jet off the U.S. East Coast in 2015.

In 2019, a new video of a UFO sighting allegedly captured by the US Navy was released by filmmaker Jeremy Corbell on Twitter on May 15th, and he beat the Pentagon to the punch by days before they are expected to submit their report.

The US Navy photographed & filmed “spherical” shaped UFOs & advanced transmedium vehicles; here is some of that footage. Filmed in the Combat Information Center of the USS Omaha / July 15th 2019 / warning area off San Diego @ 11pm PST. No wreckage found. No craft were recovered. pic.twitter.com/tK1YTG8sJ7

A few days ago, Pentagon confirmed the video was indeed credible and said that it was part of ongoing investigations to “gain insight” into the “nature and origins” of UFO, carried out by the Unidentified Aerial Phenomena Task Force established by the Department of Defense.

On Sunday, two former Navy pilots were interviewed by “60 Minutes” on CBS News. Cmdr. Dave Fravor and Lt. Cmdr. Alex Dietrich alleged that they witnessed a UFO flying over the Pacific Ocean in 2004.  Fravor described it as a “little white Tic-Tac-looking object,” and that it was “the strangest, most obscure thing I’ve ever seen flying.”

In 2017, The New York Times published a report that alleged, In 2007, the U.S. Defense Department quietly established the Advanced Aerospace Threat Identification Program, which was conceptualized to investigate UFO sightings. The secret $22 million initiative was shut down in 2012 and was acknowledged by the government following the revelation by the Times.

In 2019, the Navy created new guidelines for pilots to identify mysterious objects flying over the airspace as a way to effectively manage the number of sightings had exponentially increased over the years.

The official report will be delivered to Congress in June and we suspect the believers will rest easy knowing that they were right and will finally be vindicated for their beliefs.

(The above story first appeared on LatestLY on May 23, 2021 12:44 PM IST. For more news and updates on politics, world, sports, entertainment and lifestyle, log on to our website latestly.com).

Comments
Tags:
Pentagon UFO Pentagon UFO Report UFO UFO sightings What we Know So Far About UFO
Comments
You might also like