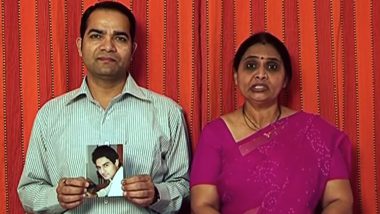 It's been a year of revivals from series to movies, and now-viral videos touted to be of self-claimed 'liberal brahmin family' and likewise that we really hoped to never see, raise their patriarchal head again are back making the rounds on the internet. The 2012 'Sahi Rishta' matrimonial videos that we're still unsure were scripted or real, are trending again on the Internet. Let's face it, nothing stays buried on the deep dark web. The hilarious marriage proposals, that put most archaic marriage ads in newspapers to shame was unearthed again and are just as funny as the first time. Here's a compilation of the best Sahi Rishta matrimonial videos of 'liberal brahmin family' (families) that convinced us all to stay away from the marriage mart.

“I have betted on all types of pitches – flat and grassy!”

“I’m like party animal. I want an outdoor girl!”

“He should be like my favourite dish, Uttapa, flat, crunchy and also sweet.” That's not asking too much, is it?

“I know how to reach man’s heart is through stomach and want to reach heart of woman and I promise to do it through stomach only. I am skill in handling any amount of heat in different rooms of the house.” With charm like that and all that.

This is the scariest of them all

“I have some beauty spots on my body. And, I’m willing to show everything to a man who steals my heart.” Guys, are you listening?

Unless you've been living under a rock and somehow missed it the first go-around, these videos will keep you amused for a long time to come. The videos were first posted by a YouTube channel called Mainduck in 2012. The videos were then discovered and shared many a time on social media and then having last its novelty was subsequently retired from circulation. Now we suppose with renewed interest in matrimonial shows (Netflix - Indian Match Making), it was only a matter of time these videos was bought out of retirement.

(The above story first appeared on LatestLY on Jun 28, 2021 03:04 PM IST. For more news and updates on politics, world, sports, entertainment and lifestyle, log on to our website latestly.com).