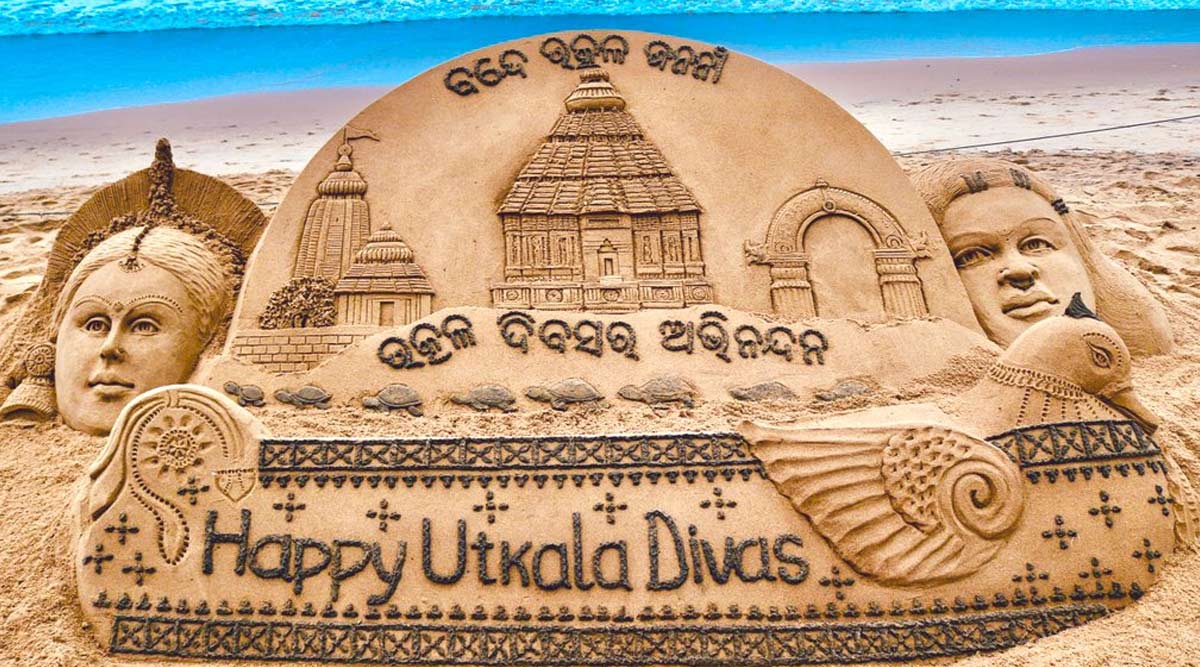 The Indian state of Odisha came into being on April 1, 1936, decade before India achieved independence. On 84th Odisha Day, sand artist Sudarsan Pattnaik has taken to Puri beach with a sand art wishing everyone Utkala Dibasa or Utkal Divas. Sand art includes various cultural and historical highlights of the state. It includes the Konark Sun Temple which was built in 13th-century CE attributed to king Narasinga Deva I of the Eastern Ganga Dynasty about 1250 CE. Sand art also has various other traditional elements of the state.

Generally, on Odisha day, the state organises various events highlighting the importance of the day. Various cultural programs are arranged highlighting its history, culture, traditions and food. However, due to Coronavirus lockdown, celebrations have been cut down. Meanwhile, sharing a photo of the sand art of Utkala Dibasa, Sudarsan Pattnaik wrote, "Wishing everyone Happy #UtkalaDibasa. My humble appeal to all #StayHomeStaySafe Let's pledge to be strong & responsible for fighting against #COVID19."

My humble appeal to all #StayHomeStaySafe Let's pledge to be strong & responsible for fighting against #COVID19 pic.twitter.com/bea3irsZsJ

Orissa was the core of the Kalinga Kingdom in ancient India. It was conquered by King Ashoka in 250 BC after which the state flourished under the Mauryan Dynasty. However, it fell into the hands of the Mughal Empire in 1576. Bihar and Orissa became separate provinces in 1912. The modern-day Orrisa was formed on April 1, 1936, as a province following the demands of Oriya speaking people. The Parliament of India renamed Orissa as Odisha on November 9, 2010. The Oriya language was also simultaneously renamed as Odia.

Odisha has some of the popular temples of India including those in Puri, Bhubaneshwar and Konark, They were built under the Hindu dynasties such as that of the King Harshas. The Sun Temple at Konark was built by King Narasimha Dev.