The Centers for Disease Control and Prevention issued a food safety alert following a Listeria outbreak that so far has left at least three people hospitalized and one person dead. 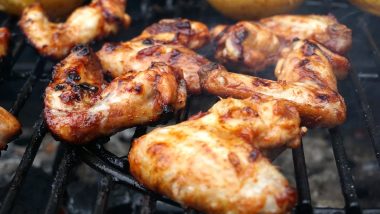 Concerns over possible listeria outbreak ha prompted massive scale back of 8.5 million pounds of ready-to-eat chicken products made by Tyson Foods Inc. According to USDA Food Safety and Inspection Service, on June 9, they received a report of two people who became severely ill with listeriosis, following which they worked with the Centers for Disease Control and Prevention (CDC) to determine if the illness were linked to the consumption of Tyson Chicken products. The company has recalled exactly 8,492,832 pounds of frozen, fully cooked chicken made between Dec. 26, 2020, and April 13, 2021. The USDA Food Safety and Inspection Service, have warned citizens to throw out the companies frozen food purchased on that particular date.

The agency statement read: "The products subject to recall bear establishment number 'EST. P-7089' on the product bag or inside the USDA mark of inspection. These items were shipped nationwide to retailers and institutions, including hospitals, nursing facilities, restaurants, schools and Department of Defense locations."

According to CDC Listeria or Listeria monocytogenes, is a germ that causes a serious infection called  Listeriosis. The germ is usually found in contaminated food. Newborns, pregnant women, people over the age of 64 years and with weakened immune systems are at a higher risk of contracting Listeria. The symptoms of swallowing listeria include diarrhoea, fever, and potentially headaches, nausea, vomiting, muscle pain, or joint pain.

The Centers for Disease Control and Prevention also issued a food safety alert following a Listeria outbreak that so far has left at least three people hospitalized and one person dead. the CDC said the products shipped nationwide to retailers and institutions including hospitals, nursing facilities, restaurants and schools were probably contaminated with listeria.

CDC Warning read: “people at higher risk for severe Listeria illness and facilities caring for them should take extra precautions when eating or serving pre-cooked chicken.”

(The above story first appeared on LatestLY on Jul 04, 2021 08:00 PM IST. For more news and updates on politics, world, sports, entertainment and lifestyle, log on to our website latestly.com).