Armed Forces Flag Day in India gives all the citizens an opportunity to give back to the soldiers who have fought bravely on the borders by supporting them and their families. The main aim is to support the families of war veterans and aid in their rehabilitation. People express gratitude towards the military personnel on this day and also pay tribute to all those who lost their lives in battle. To celebrate this day, flags are distributed among people in dark blue, light blue and red colours, which represent the three divisions of the Indian military — Army, Air Force and Navy. On Armed Forces Flag Day 2022, share these images and HD wallpapers for free download online as WhatsApp messages, quotes and SMS to honour all soldiers. Armed Forces Flag Day 2022 in India: Know Date, History, Significance and How the Day for Welfare & Betterment of the Military Personnel Is Observed.

Image Reads: For the Battles They Have Fought for Us, for the Glory They Have Brought to the Nation. Let Us Salute Our Armed Forces on Armed Forces Flag Day. 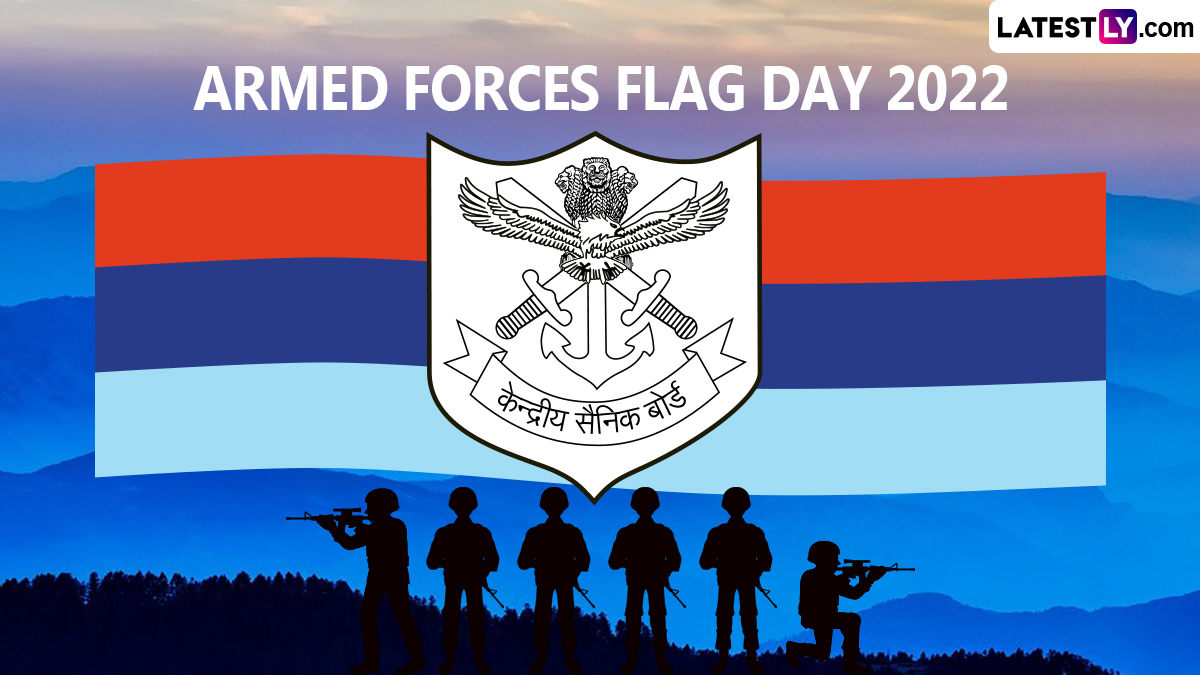 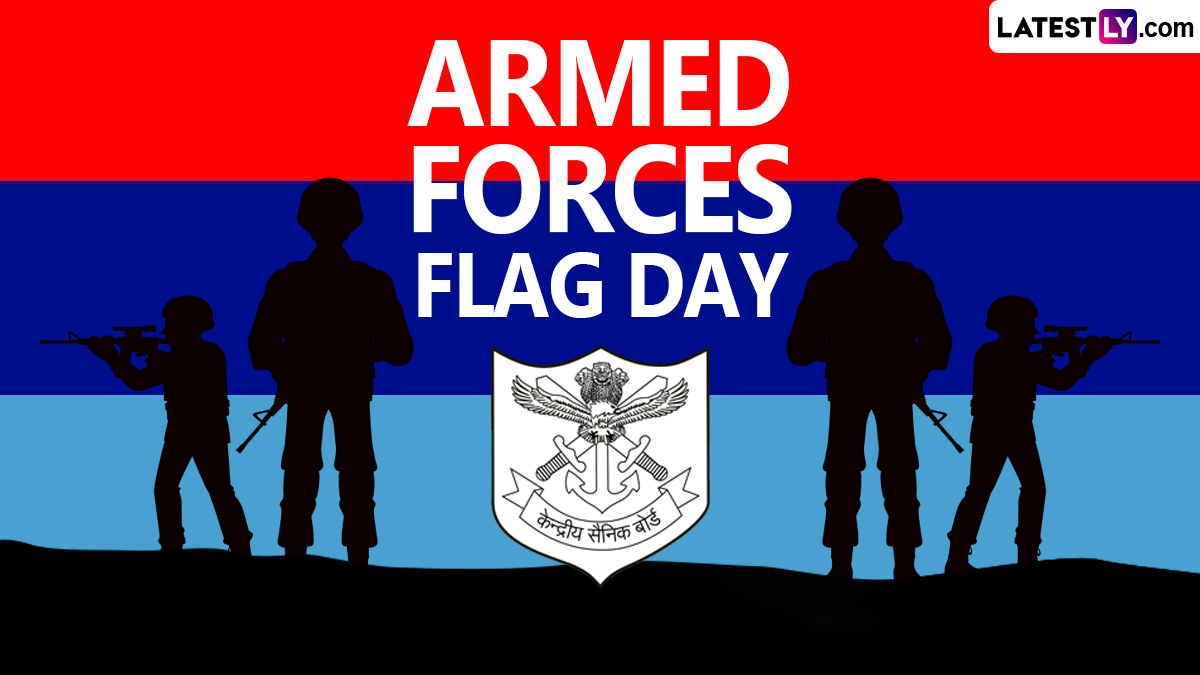 Image Reads: It Is Truly a Blessing for India and for Every Indian To Have a Strong-Armed Force Like You. Warm Wishes on Indian Armed Forces Flag Day. 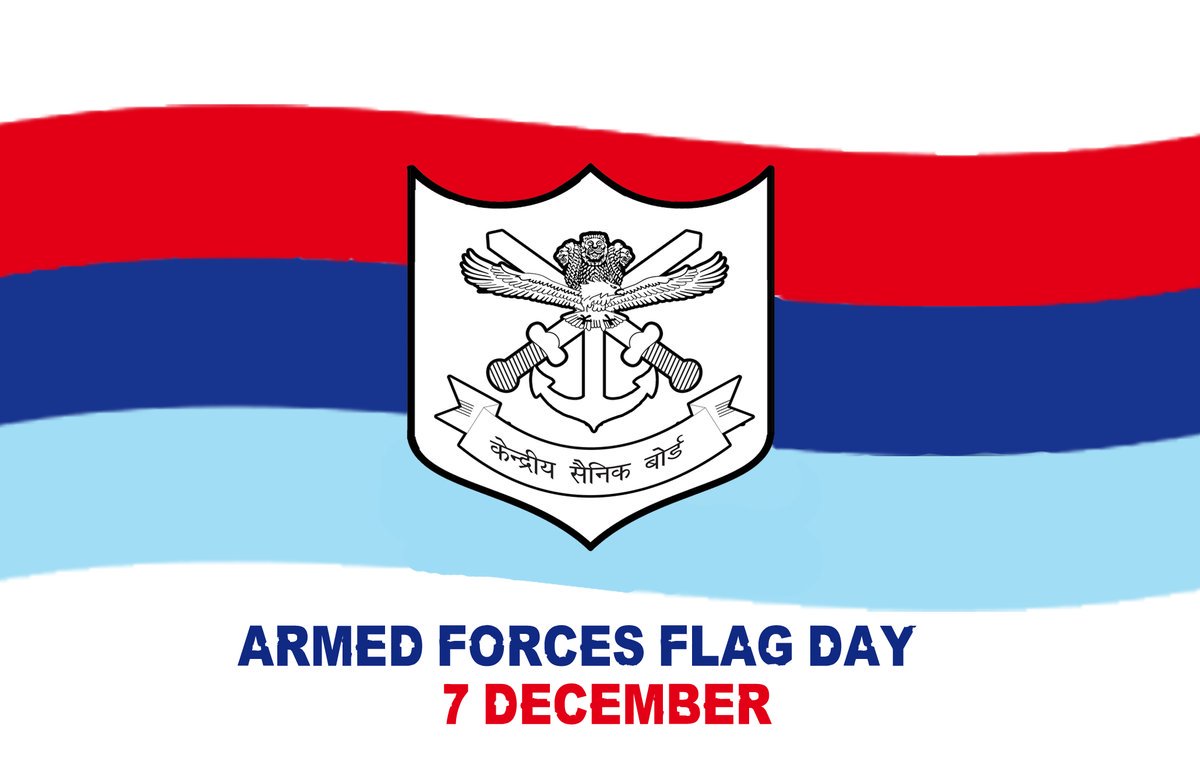 Image Reads: On the Occasion of Armed Forces Flag Day, Let Us Help Our Soldiers in Whichever Way We Can To Tell Them That We Are With Them. Warm Wishes on This Significant Day. 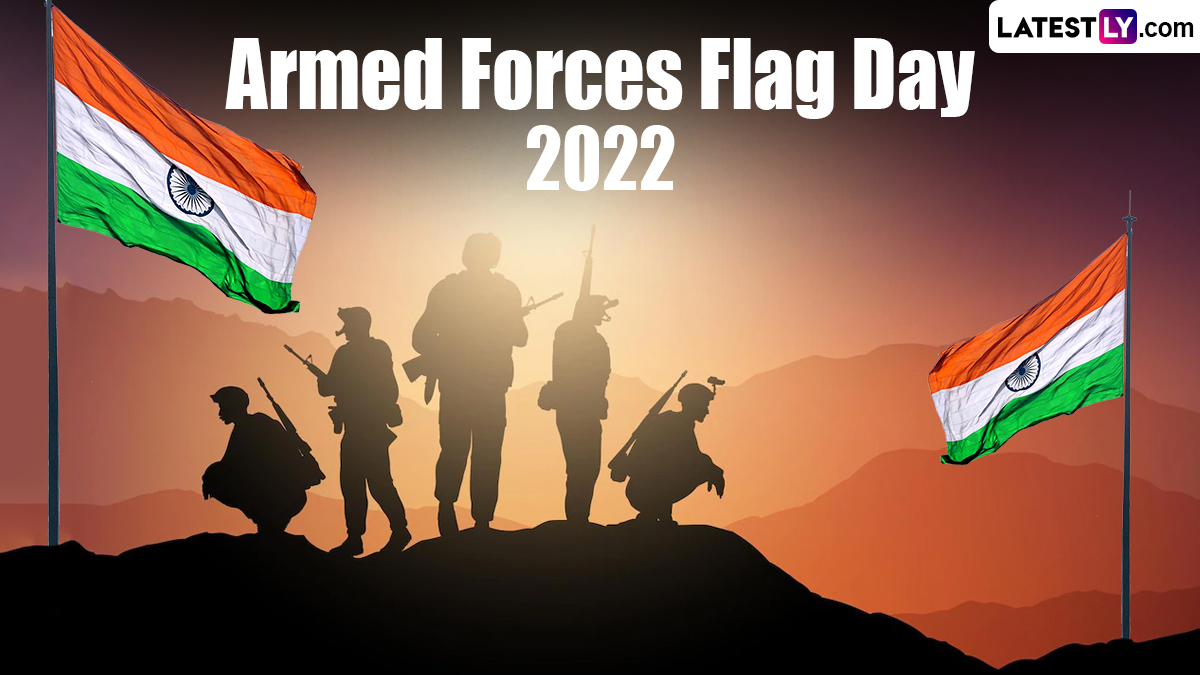 Image Reads: Warriors Are Not Born, They Are Made in the Indian Army.

Armed Forces Flag Day 2022: Date, History, How The Day Is Observed For the Welfare Of Military Personnel