There is a high probability that if you Google search 'New God Of Cricket' the result will lead to Rohit Sharma. The right-handed batsman recently replaced Virat Kohli as team India's captain for ODIs and T20Is. Rohit was also named as India Test vice-captain.

For many users, search result for 'New God of Cricket' leads to Rohit Sharma on Google. The right-handed opening batsman was recently appointed as Indian cricket team's full-time captain for ODI and T20I teams. Besides, he was named Virat Kohli's deputy in the longer format of the game- Tests. One of the Twitter users found out that 'New God of Cricket' Google search leads to Rohit Sharma's name. However, same cannot be said for everyone. 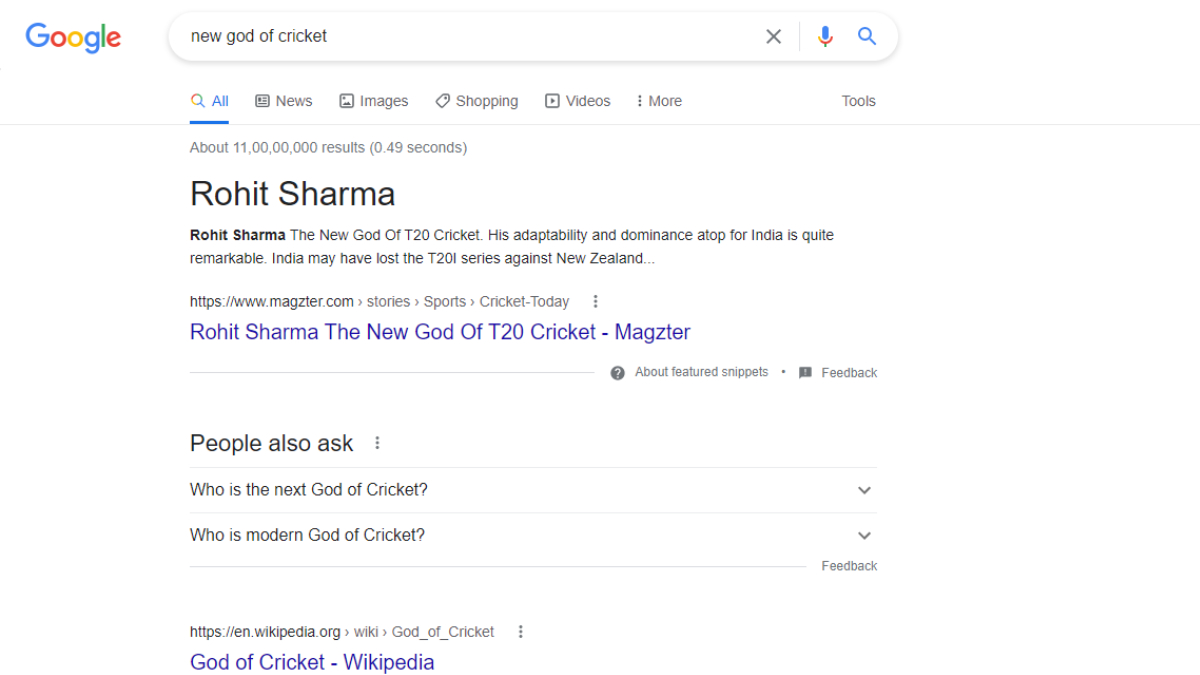