Aaron Finch Throws Light on Bizarre Delivery From Bhuvneshwar Kumar in 2019 ODI Series, Says ’Had No Idea What to Do' 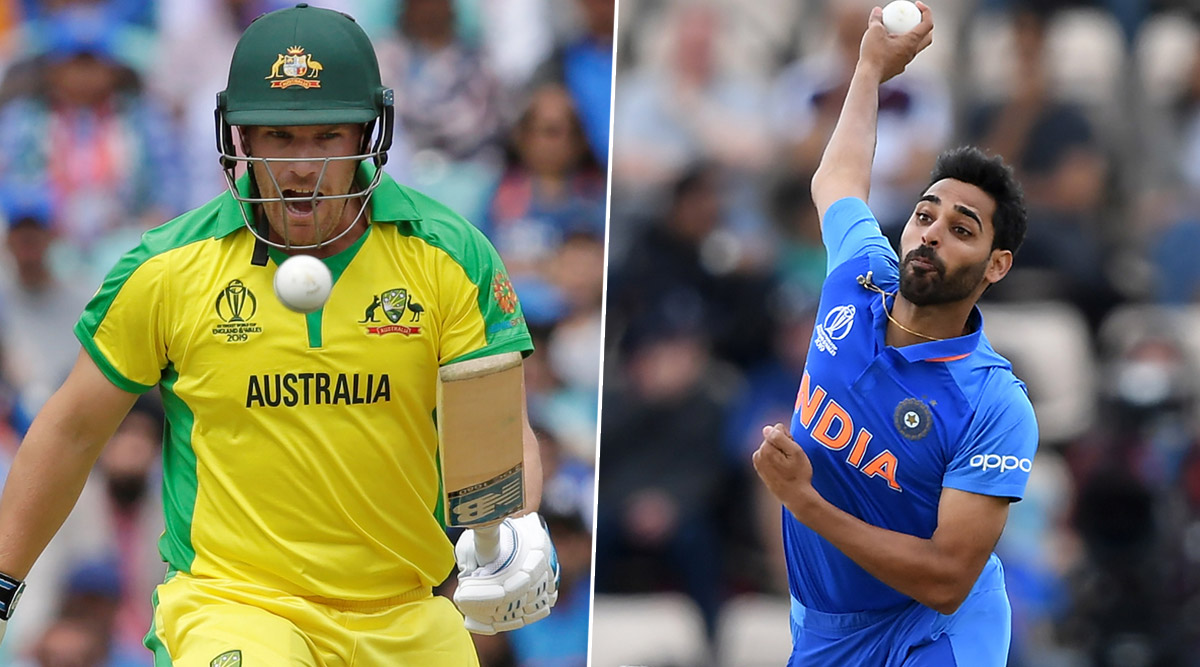 Amid the coronavirus pandemic, many sport stars are not able to showcase their on-field blitzes and are killing their time by doing various different activities. Australia cricket team captain Aaron Finch was one of many cricketers who organized a Question/ Answer session on Twitter to kill his time. The right-handed batsman answered many queries of his fans during the session. However, one netizen reminded him about the strange dead ball from Bhuvneshwar Kumar in 2019 series and asked Finch’s thought while facing the delivery. To which Finch “angrily” replied that shouldn’t have pulled away as he got out in the very next ball. Opening the Batting With Sachin Tendulkar Was Like a Dream: Aaron Finch.

“I had no idea what to do...shouldn’t have pulled away, I got out next ball...last ball of the over,” wrote Finch with an angry-faced emoji. Bhuvneshwar bowled that bizzare delivery during India vs Australia 3rd ODI at Melbourne in 2019 in which he released the ball from behind the umpire. Nevertheless, Finch pulled out just at the right time and the ball was adjudged a dead ball. However, Finch was dismissed in the very next delivery for just 14 runs.

I had no idea what to do...shouldn’t have pulled away, I got out next ball...last ball of the over 🤬 https://t.co/bMaHRFSQr4

The Indian pacer tormented the Aussie opener throughout the series and dismissed him for low scores. He accounted for Finch’s wicket in all the three matches as the Men in Blue registered a famous 2-1 triumph in the series. Finch, himself, was going through a lean patch in the series and wasn’t able to pile up even one significant score.

The two stars were supposed to showcase their skills in the 2020 edition of Indian Premier League (IPL) where the Indian seamer plays for Sunrisers Hyderabad (SRH) while Aaron Finch was picked by Royal Challengers Banglore. However, the gala T20 tournament is under dark clouds and speculations are it can well get called off.