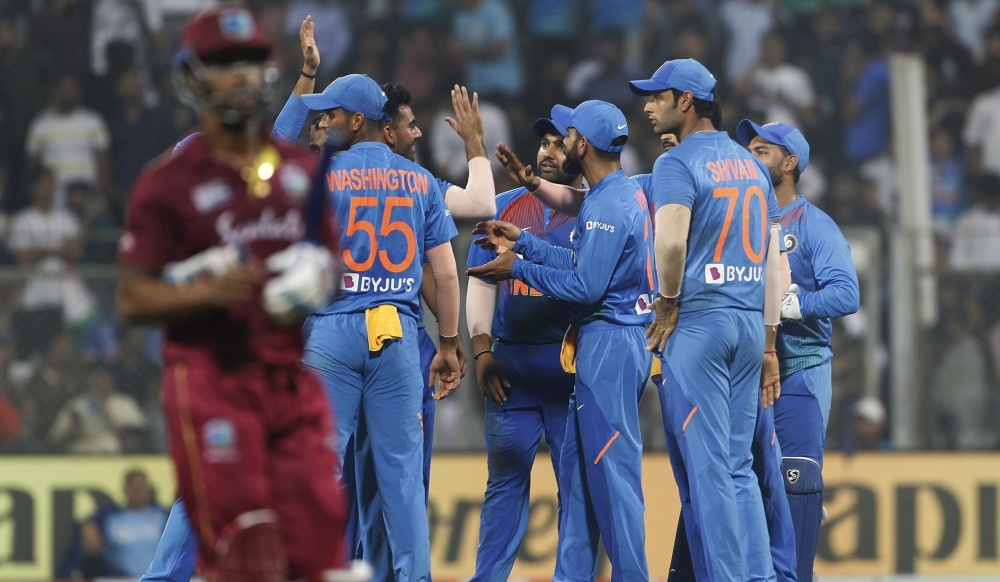 Virat Kohli and men won the three-game T20I series against West Indies at the Wankhede Stadium in Mumbai. The Men in Blue pulled off a comprehensive 67 runs and sealed the series by 2-1. It was Rohit Sharma, Virat Kohli and KL Rahul who led the Men in Blue to a comprehensive win. Now post this, Chennai Super Kings posted a cheeky tweet from Shah Rukh Khan’s ‘Chak De India’ and lauded the team’s win at Wankhede Stadium. India Vs West Indies, Live Cricket Score 3rd T20I Match.

India had lost the second T20I in Trivandrum and then they had a couple of days to think about how they would want to play in the decider. India was on the top gear right from the start of the game itself. It was Rohit Sharma and KL Rahul who were blazing guns for the side as they made 71 and 91 runs respectively. Virat Kohli made 70 runs and India made 240 runs on the board. In reply, WI fell 67 runs short. CSK posted a cheeky tweet and congratulated the Men in Blue for the win.

Virat Kohli walked away with the Man of the Series Award and KL Rahul with the Man of the Match Award. "I know I can contribute in all three formats. It is about putting your mind into it. Now with the World Cup coming up there is motivation. My part becomes crucial as I have to play two roles. When you are not playing T20s for a while and come back and play like this, it feels good," said Virat Kohli after the game.