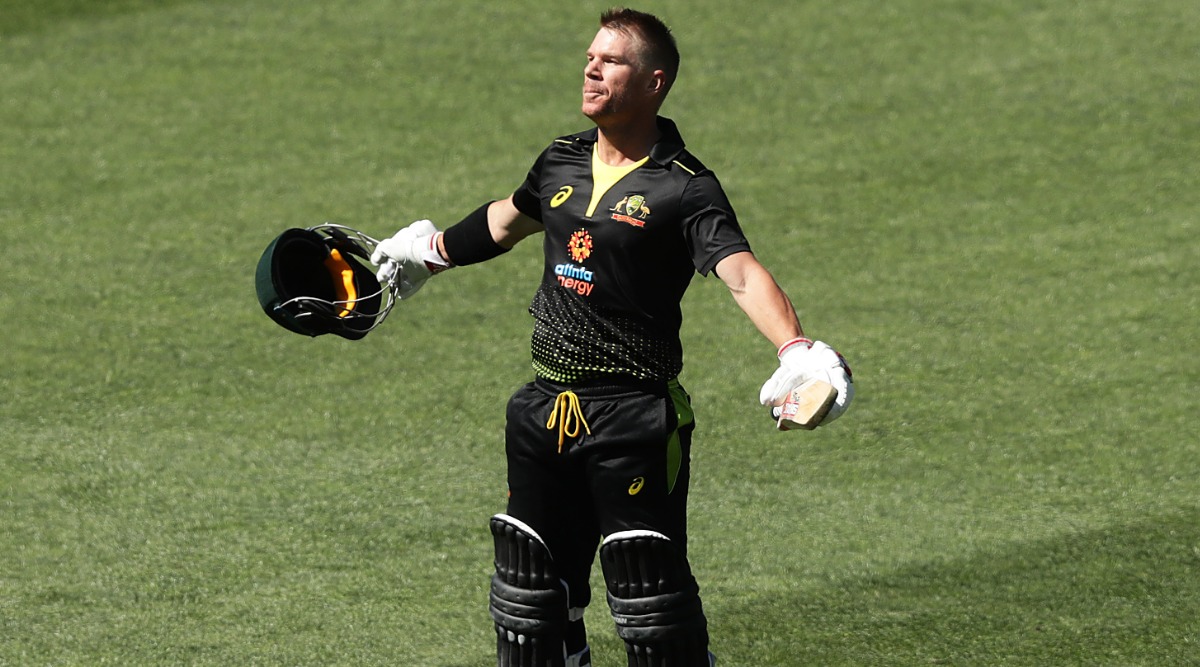 Adelaide, October 27: Birthday boy David Warner on Sunday joined Glenn Maxwell and Shane Watson as the only Australians to have notched up international hundreds in all three formats.

Warner, who turned 33, roared back to form and underlined his class in white-ball cricket as Australia laid down a ruthless marker for the start of their year-long preparations for next year's T20 World Cup at home by sweeping Sri Lanka under the carpet with a 134-run victory in the first T20 here. David Warner Celebrates 33rd Birthday With Maiden T20I Century; Australia Create New Records Against Sri Lanka in 1st Twenty20 Encounter.

Warner smashed an unbeaten 56-ball 100, getting to triple figures in the last ball of the innings as skipper Aaron Finch (64) and the promoted Glenn Maxwell (62) provided the perfect complement to Warner's return after a forgettable tour of England in the Ashes. This was Warner's maiden T20 ton and the destructive southpaw hit eight fours and three sixes in his innings. Steve Smith and David Warner Among the Most Expensive Players in ‘The Hundred’ Draft.

Warner had a forgettable tour of England although Australia retained the Ashes with a 2-2 draw of the five Test series. Warner's 61 in the third Test was the only time he passed 11 in a series that also featured three straight ducks. Warner managed just 34 runs besides his 61 at Headingley, which is the lowest total ever from an opener in a 10-innings series.