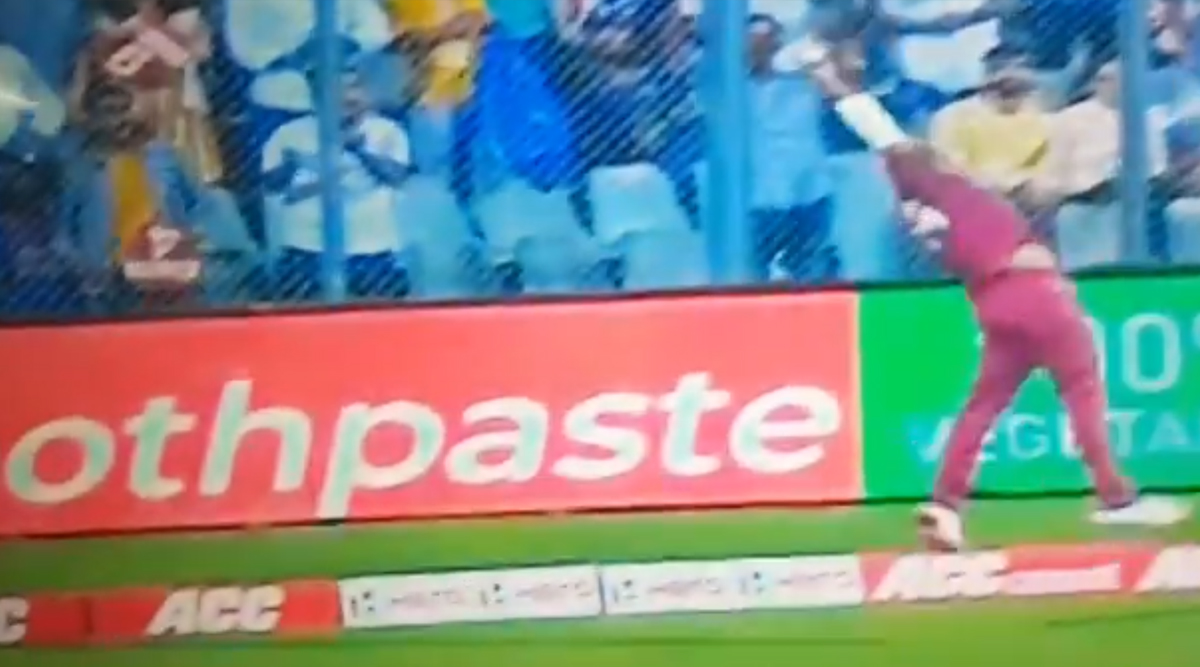 Rohit Sharma and KL Rahul gave their side a splendid start in the India vs West Indies 3rd T20I. Both the openers registered their respective half-centuries as the Men in Blue crossed the 100-run mark inside nine overs. However, four runs could have been more added to their tally if Evin Lewis wouldn’t have a scintillating fielding effort in the second ball of the fifth over. Rohit hit a big shot off Khary Pierre which looked all set to clear the deep mid-wicket boundary. But, Lewis made a full-stretch jump and at the boundary rope and saved four crucial runs for his side. The player also got injured in the process and the visiting side will want him to come back as soon as possible. Twitterati also acknowledged Lewis’ sensational fielding effort and praised him from head to toe. India Vs West Indies, Live Cricket Score 3rd T20I Match.

The ongoing match is the series decider and Lewis doesn’t want to leave any stones unturned to snatch a victory for his side.  However, the India opening duo has certainly put their side on the driver’s seat. Rohit was the first to register his half-century and he was followed by his partner KL Rahul. Fielding is one department where both the side have struggled in the ongoing rubber which makes this effort even more special. Meanwhile, let’s look at how the netizens reacted at Lewis’ brilliance in the field. Rohit Sharma Overtakes Virat Kohli as Leading Run-Scorer in T20Is During India vs West Indies 3rd T20I in Mumbai.

#EvinLewis Waaat a stunner it would have been completed

WI always does these things so ease #INDvWI

Unbelievable as They Say!!

You gotta be kidding me #evinlewis whaaaaaat a effort

Earlier in the match, Kieron Pollard won the toss and invited the Indians to bat first. The move didn’t prove to be much fruitful as the home side got off to a flier. Nevertheless, dew is expected to play a role later in the match and the Windies batsmen are very well capable of chasing down any target.