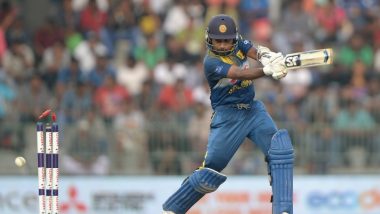 Born on May 27, 2020, in Sri Lanka, Mahela Jayawardene is one of the most prolific batsmen of the era.  Jayawardene was a member of the team that won the 2014 ICC World Twenty20 and was part of the team that made to the final of 2007 Cricket World Cup, 2011 Cricket World Cup, 2009 ICC World Twenty20 and 2012 ICC World Twenty20. In 2006, Jayawardene was named by the International Cricket Council as the best international captain of the year and was nominated in 2007 as the best Test cricket player of the year. The classy batsman might have retired from cricket in 2015, but the fans still recall his innings and remember the batsman. On his birthday let’s have a look at seven quick facts about the Sri Lankan player. Mahela Jayawardene Questions Need to Build Largest Cricket Stadium in Sri Lanka's Homagama.

If you think that we have missed out on any other quick fact, feel free to contribute to the Comments section. Coming back to Mahela Jayawardena's birthday, the entire team of LatestLY.com, wishes the Sri Lankan batsmen a Very Happy Birthday.

(The above story first appeared on LatestLY on May 27, 2020 05:07 PM IST. For more news and updates on politics, world, sports, entertainment and lifestyle, log on to our website latestly.com).