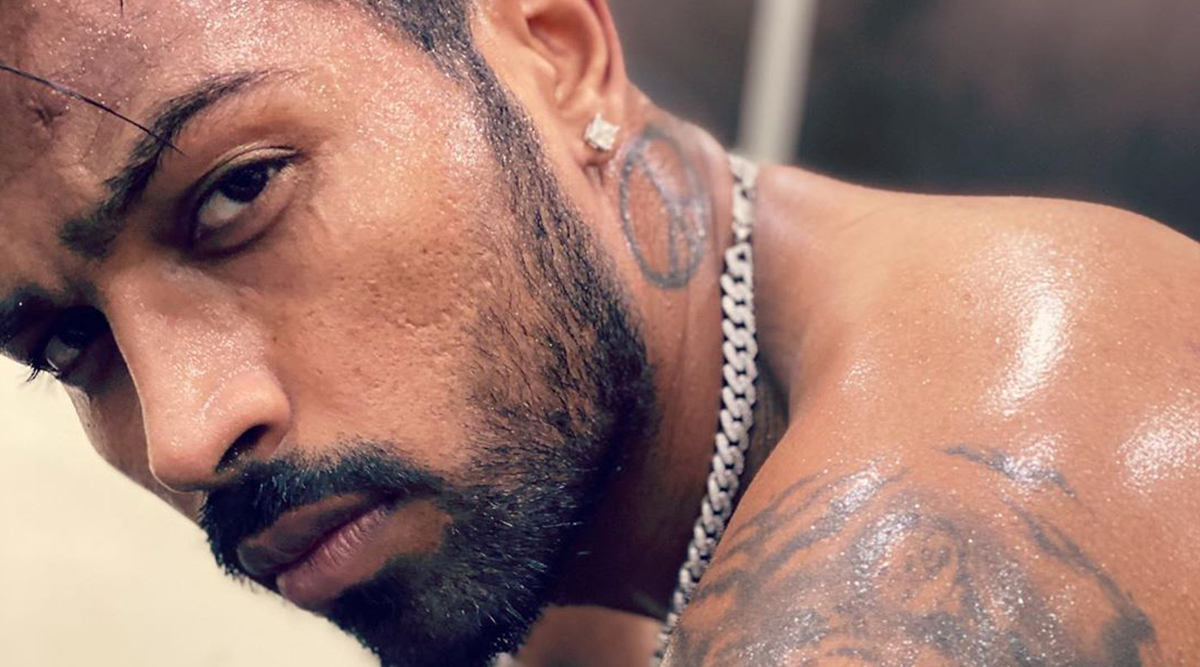 Hardik Pandya gave his fans a glimpse of his ‘Tiger tattoo’ as he spends time in self-quarantine due to the coronavirus pandemic. Pandya, who has been out of action since September last year due to a back stress injury, took to social media to share a picture of the tiger tattoo. The star all-rounder also gave an intriguing caption to the image. The ‘Tiger Tattoo’ is said to be Hardik’s favourite among the several tattoos he has inked on his body. Hardik was to return back to the Indian team set-up with the India vs South Africa ODI series but the series had to be suspended due to the spread of the COVID-19 pandemic following a wash-out in the first game. Hardik Pandya Gets New Tattoos! Indian Cricketer Inks Cute Paw Prints and Peace Sign Tattoos on Neck (See Pics).

“The tiger lies low not from fear, but for aim,” Hardik captioned the image. In the picture, he can be seen sitting – perhaps after a workout session – and staring into the camera with a serious look. The “Tiger Tattoo” represents “fearlessness, strength and courage to win” Hardik had said earlier when he had inked the tattoo. The 26-year-old has eight tattoos inked on his body of which the “Tiger Tattoo” is said to be his favourite one. Hardik Pandya Shares Adorable Video of Fiancee Natasa Stankovic Trying to Speak Hindi, Her Answer Will Win Your Heart!

The tiger lies low not from fear, but for aim.

Fiancee Natasa Stankovic soon reacted to the picture with a couple of emojis. Natasa, who got engaged to Hardik on New Year's Day added four emojis, including emojis of a Tiger and love. 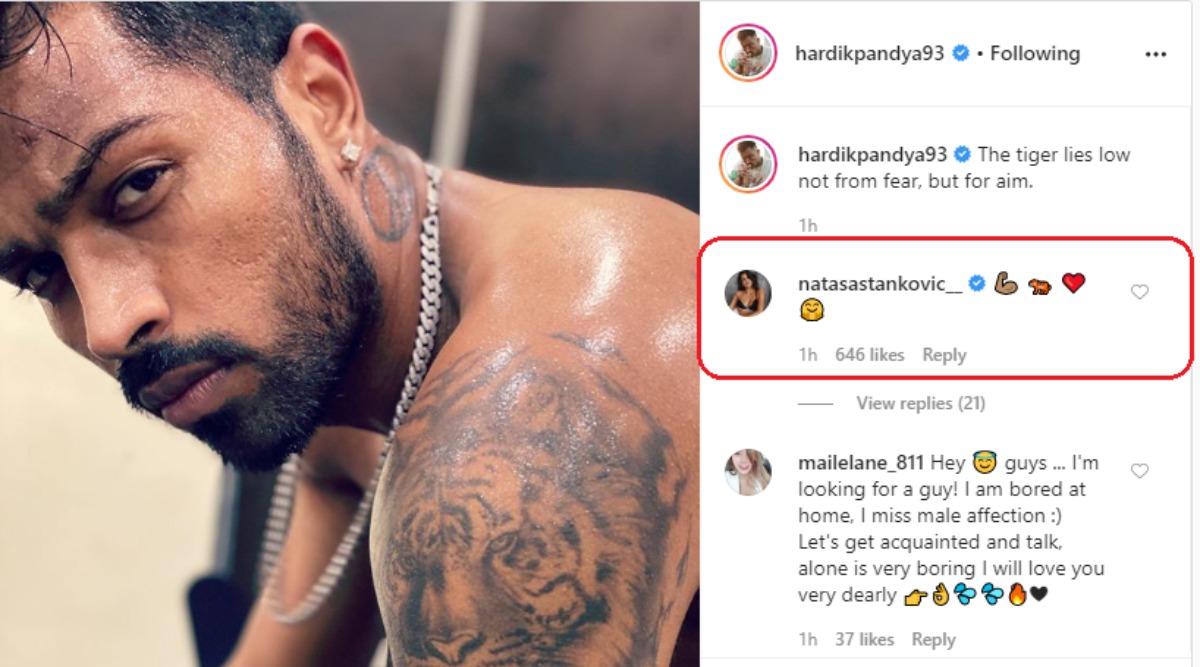 Meanwhile, Hardik was to begin his preparation for the upcoming 2020 ICC T20 World Cup with the Indian Premier League (IPL) 2020 season for the Mumbai Indians. But the tournament has been postponed for unforeseeable future due to the coronavirus pandemic. The BCCI in an official statement said that the cash-rich tournament will only be held once the situation improves. Hardik last played in the T20I series against South Africa before undergoing lower back surgery and has been out of action since.