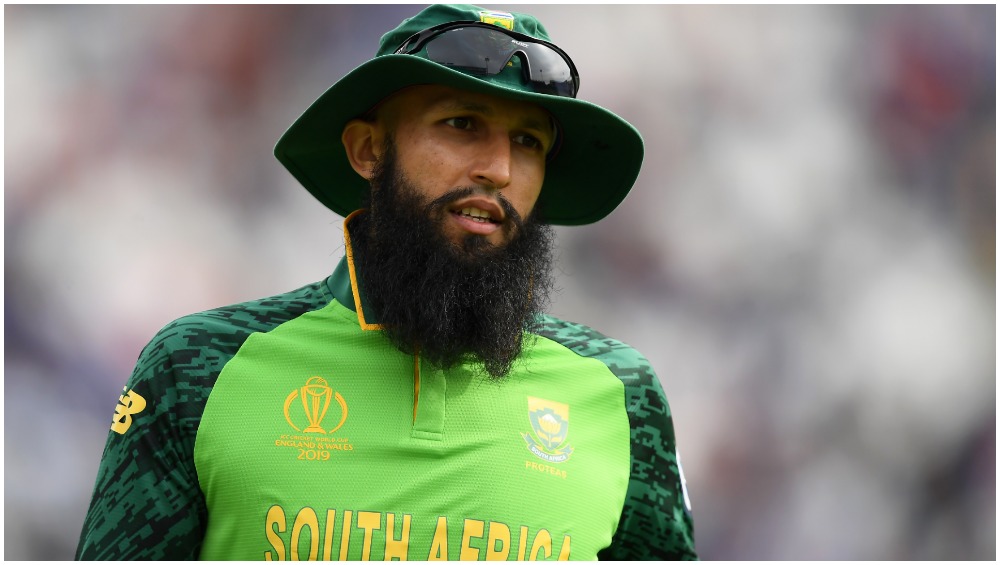 Former South African batsman Hashim Amla picked Pakistan pacer Mohammad Asif as the best bowler he has faced in his international career. “His accuracy was amazing,” said Amla, who bid adieu to international cricketer following the 2019 ICC Cricket World Cup in England. Amla also called Asif the toughest bowler he has faced because of his ability to swing the ball both ways. Amla represented South Africa in 124 Test matches, 181 One-Day internationals and 44 Twenty20s. The 37-year-old appeared in an interview with the Peshawar Zalmi, who he represented in the 2020 Pakistan Super League (PSL) before the franchise T20 league was suspended for an indefinite period due to the global coronavirus outbreak. Shahid Afridi Comes Out in Support of Yuvraj Singh and Harbhajan Singh After Indian Duo Face Backlash for Supporting His Foundation.

“The best bowler I’ve ever faced is Mohammad Asif. His accuracy was amazing. With the new ball, he moved it both ways and every ball felt like a question that could get you out. I found him to be an amazing bowler,” said Amla in an interview for Peshawar Zalmi. Steve Smith Is Your Hero, Not Jacques Kallis’: When Tim Paine and Justin Langer Pranked Marnus Labuschagne on April Fools Day.

Zalmi "Inside Out" Powered by @HaierPakistan

🇿🇦 Legend talks about his Career, Life and Success https://t.co/7rAjuZXHHO

Amla, who captained South Africa for four years, also picked Younis Khan, Mohammad Yusuf, Wasim Akram and a host of other cricketers from Pakistan that he admired growing up. “Younis Khan, Mohammad Yousaf, Wasim [Akram] and Waqar [Younis] were the guys I watched and thought, Wow! Look at these cricketers,” he said. “It is brilliant to see guys like Wasim Akram and Mushtaq Ahmed now being involved with the Pakistan Super League (PSL) teams.”

“The biggest aspect is international cricket coming back to Pakistan and Pakistan has always had a major role in cricket, so it was brilliant to experience the wonderful country. It has been really nice to be here again and I hope that the PSL goes from strength to strength every year. All the foreign players have really enjoyed it.”Amla added.

Amla also picked Muttiah Muralitharan as the toughest spinner he faced during his playing days. “I just couldn’t pick him,” said Amla, who is the fastest cricketer to complete 7000 ODI runs and also the fastest to score 15 ODI centuries. Amla in 2018 beat Virat Kohli’s record of being the fastest to reach 27 ODI hundreds.