ICC CEO David Richardson Says, 'Every dog has its day' After New Zealand Bowl Out India for 92 Runs in 4th ODI at Hamilton 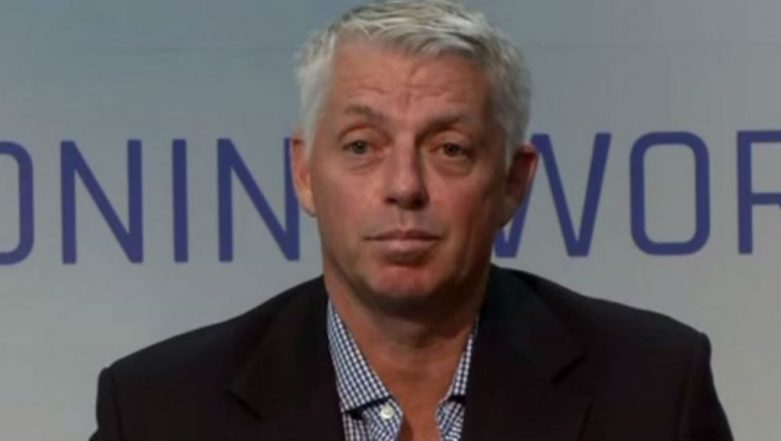 New Zealand dished out an impressive performance to outplay Virat Kohli-less India in the fourth One-Day International (ODI) at the Seddon Park in Hamilton. The visitors were bundled out for just 92 runs, their seventh lowest total in ODIs, as Trent Boult returned with outstanding figures of 5/21. Trailing 0-3, the win was New Zealand’s first in the series. India Bowled Out for 92 Against New Zealand, Here’s the List of Indian Cricket Team’s Lowest Totals in ODIs.

The Rohit Sharma-led India was hammed by Kiwis as India slumped to their largest defeat in ODIs in terms of balls remaining. The Men in Blue were without their regular skipper and batting mainstay Kohli, who has been rested for the rest of the New Zealand tour. India also missed the services of wicketkeeper-batsman MS Dhoni in this match. Rohit Sharma Says 4th ODI Against New Zealand was One of the Worst Performances.

Reporter to #ICC CEO David Richardson : #india was all out of 92 today, what do you have to say?

David Richardson : Every dog has its day!! #NZvIND

New Zealand then responded by chasing down the total in 14.4 overs and lost wickets of Martin Guptill and Kane Williamson in the process. India have already won the five-match ODI series and were aiming for a whitewash, which is not possible now.

Apart from Boult, Colin de Grandhomme scalped three wickets. James Neesham and Todd Astle chipped with a wicket apiece as India were skitted to their lowest total in ODIs in New Zealand. The two teams will not meet in the fifth and last ODI on February 03.