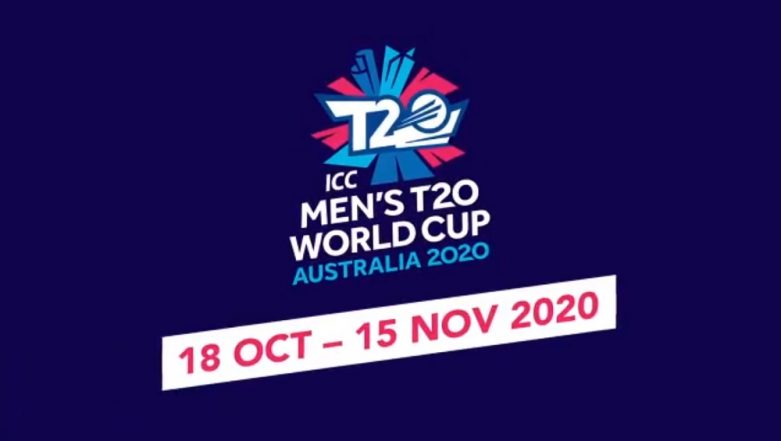 The finals of both the tournaments will be held at the Melbourne Cricket Ground. A total of 10 women teams will contest 23 matches and 16 men teams will contest 45 matches across Australia in eight host cities and 13 venues. ICC Men's T20 World Cup 2020 Full Schedule in IST Free PDF Download Online: Full Timetable With Fixture Dates, Match Timings, Venue Details of Twenty20 WC in Australia.

Presenting the group stage draw for the Women's @T20WorldCup in 2020!

Which fixture are you most looking forward to? pic.twitter.com/TRlsV0gG4R

Which Super 12 route will be tougher to reach the semi-finals from? pic.twitter.com/C276LkqNgD

The eight top women's teams, according to their finishing positions at the World T20 2018 in the West Indies, have gained automatic qualification to the tournament, with the remaining two teams to be determined through a qualifying tournament to be held later in 2019.

Meanwhile, the men-in-blue, placed in Group B, will directly play the Super 12 and face the Proteas on October 24 in Perth before facing a qualifier and England on October 29 and November 1, respectively in Melbourne. On November 5, India will face another Group B qualifier at Adelaide before playing their last group stage match against Afghanistan on November 8 in Sydney.

Barring Sri Lanka and Bangladesh, that finished 9th and 10th respectively in the rankings as on December 31, 2018, the eight top-ranked T20I sides have automatically qualified for the Super 12. Sri Lanka and Bangladesh will play six other teams in the qualifying round before proceeding to the Super 12 stage. The six teams will be picked through another qualifying tournament this year.