India would look to bounce back from this disappointment and start their journey in the next cycle of the World Test Championship, from 2021-2023 on a high, when they take on England. 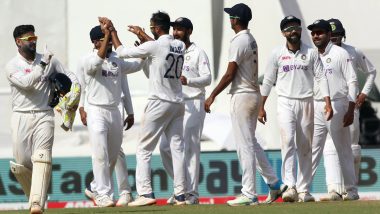 England vs India 2021: India would face a difficult task upfront when they face hosts England in a five-match Test series which starts from August 4. It is tough because they have just faced a disappointing loss against New Zealand in the World Test Championship final and would be under pressure. Also, India haven't beaten England in a Test series in their last three trips to the country.

India vs New Zealand 2021: India would have the perfect opportunity to avenge their World Test Championship final loss when they take on New Zealand at home in a two-match series. The two sides would square off in a two-match Test series and three-match T20I series. The dates for the matches haven't been confirmed yet and the series is likely to be held towards the end of 2021.

South Africa vs India 2021-2022: After the completion of the home series against New Zealand, India would head for South Africa for playing three Test matches and as many T20Is. It is likely that this series is played from December 2021 to January 2022.

India vs Sri Lanka 2022: Sri Lanka, in all likelihood, would be touring India in early 2022 for a three-match Test series. The tour would also include three T20Is. While India would want to gain maximum number of points from this series, the T20Is would also help the hosts gear up for IPL 2022. There has been no official announcement made regarding the details of this series.

Bangladesh vs India 2022: India's league stage competition at the World Test Championship would come to an end with them against Bangladesh in an away series. Kohli's side would play two Tests and three T20Is in that trip. This series is also likely to be held in 2022 and we are awaiting an official announcement regarding the schedule and match details.

With so much cricket to be played in India's next World Test Championship cycle, fans are in for a treat. It would be interesting to see how India fares this time.

(The above story first appeared on LatestLY on Jun 25, 2021 04:58 PM IST. For more news and updates on politics, world, sports, entertainment and lifestyle, log on to our website latestly.com).