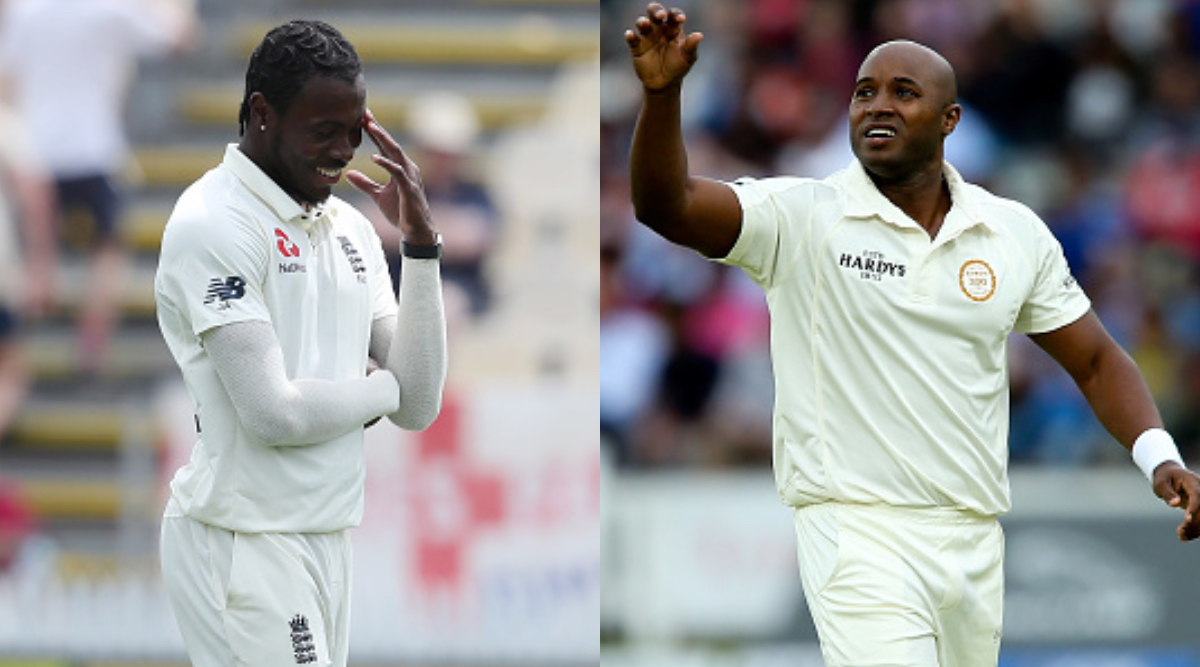 England fast-bowler Jofra Archer and former West Indies pacer Tino Best were involved in a twitter spat kickstarted by the latter. Earlier during the second Test between New Zealand and England, Best took to Twitter and showed his concern with regards to Archer’s pace which he felt has decreased. ENG vs SA Series 2019-20: Joe Root Dropped From England Squad For Series Against South Africa.

“Is anyone concerned @bbctms that Archer is bowling so slow and only in his second series???? Even in the 1st test pace was down ever tho he had so much rest before NZ tour ?? Is he HURT ?? like we need to take the Right Hand Fast and put him to Medium- Fast,” tweeted Best.

Replying to Best, Archer tweeted, “the captain and I aren’t worried but thank you for concern I really appreciate it.” However, the reply didn’t go well with Best and he felt that Archer was unable to get his ‘constructive criticism’. Jofra Archer 'Racial Abuse' Incident Referred to New Zealand Police.

The captain and I aren’t worried but thank you for concern I really appreciate it 👊🏾 https://t.co/Q70qij8nwL

“The problem with this generation is NO one can take constructive criticism I have the same issue with my son, every young person thinks when u speak to them it’s disrespectful wow, well u live and u learn according to the OLD folks,” wrote Best.

And to this, Archer replied, “If that was really your intention you would of messaged me personally, Barbados isn’t big you could of gotten into contact with me but go on have your moment on Twitter.” However, Best tried to pacify things and wrote, “and I will reply in LOVE young man go SA and bowl fast like a raccoon and keep us all entertained and remember the team have enough medium pacers Gods Blessings Son.”

During the recently concluded Test series against New Zealand, Archer picked just two wickets in as many matches. Meanwhile, England will tour South Africa for four Tests, three ODIs and three T20Is. Archer was named in England squad for Tests and T20Is. The pacer has been rested for the three-match ODI series.